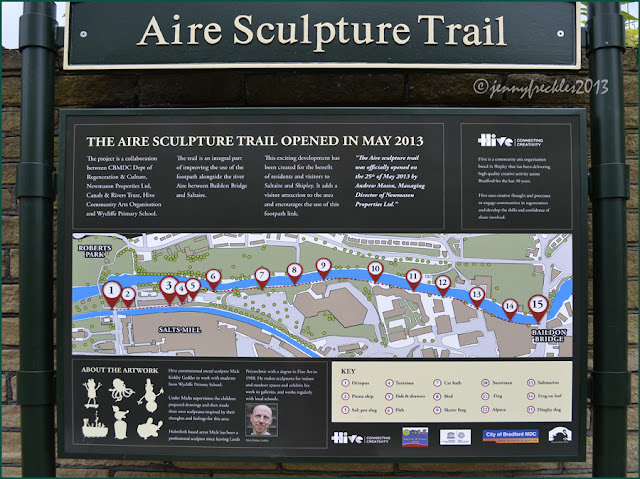 Octopussy (see yesterday) is the first of a series of cast-iron sculptures installed as part of a new Sculpture Trail. The project, a collaboration between the local Council and several other bodies including the Canal and River Trust, Hive Community Arts and Newmason Properties, has been conceived to encourage people to use the footpath link between Baildon Bridge and Saltaire. Until recently this was quite an overgrown path and felt a bit isolated and dangerous. Potentially it's quite a nice walk (with the possibility of seeing a kingfisher on the way if you're lucky). It goes along the bank of the River Aire and up to the canal towpath, and provides a much quicker route into Saltaire from Baildon Bridge than going round by the roads. They have cleared a lot of the vegetation to open it up, and installed a series of fifteen sculptures along its length in a bid to make it a more attractive option. 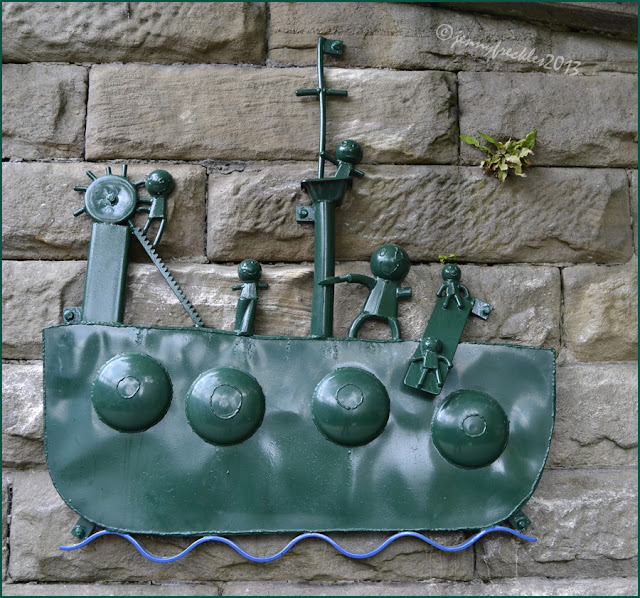 Holmfirth-based sculptor Mick Kirkby Geddes worked with pupils in Wycliffe Primary School to design the sculptures and reliefs, and then made them in his workshop.
Posted by jennyfreckles at 07:00