The Butterfields of Cliffe Castle 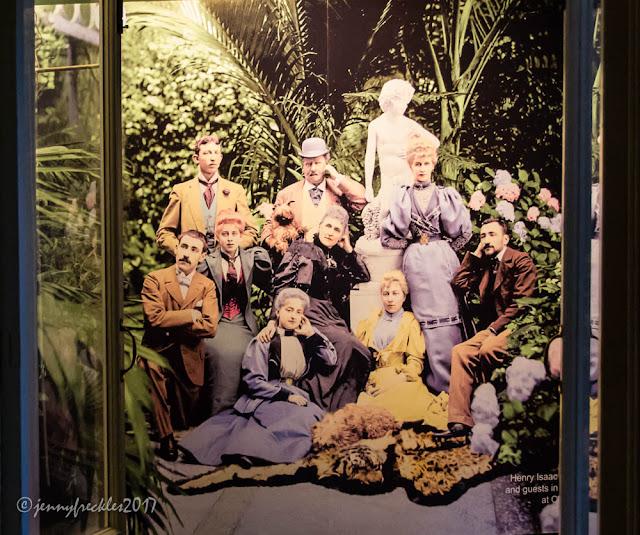 The Victorian owner of Cliffe Castle, Henry Isaac Butterfield (see above), was a wealthy industrialist whose family originated in this area. They had woollen mills locally and extended their business interests to America. In 1854, Henry married Mary Roosevelt Burke, a relative of Theodore Roosevelt. (He was 35 and she was just 16.) They actually lived mostly in France but that didn't stop Henry from expanding his mansion here and later his son Frederick used it as his principal home. They gave lavish and very formal dinner parties, as was fashionable at the time. The house was stripped of personal assets when it was sold to Keighley Corporation in 1949 and ceased to be used as a home. However, descendants of the family have recently bequeathed some of the furniture and fixtures back and they have been reinstated, among them the amazing green malachite fireplace shown below. Some of the downstairs rooms are arranged much as they would have been when the family used them. They are very ornate and packed full of precious items, as most well-to-do Victorian homes were. The photo above, taken in 1895, is almost life sized, sited through a door, and it all very much gives the impression that this is a home and the family are gathered in the conservatory (the 'Winter Garden') for a photograph! 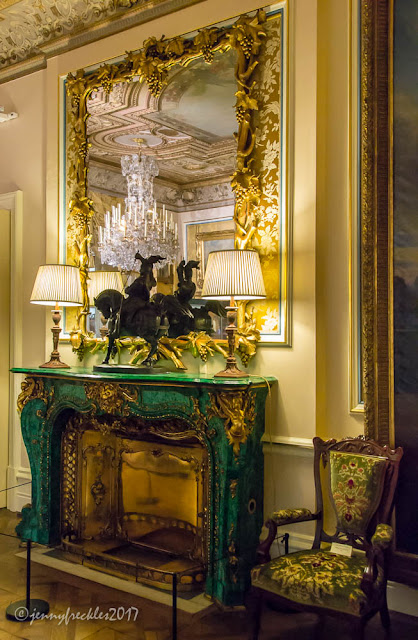