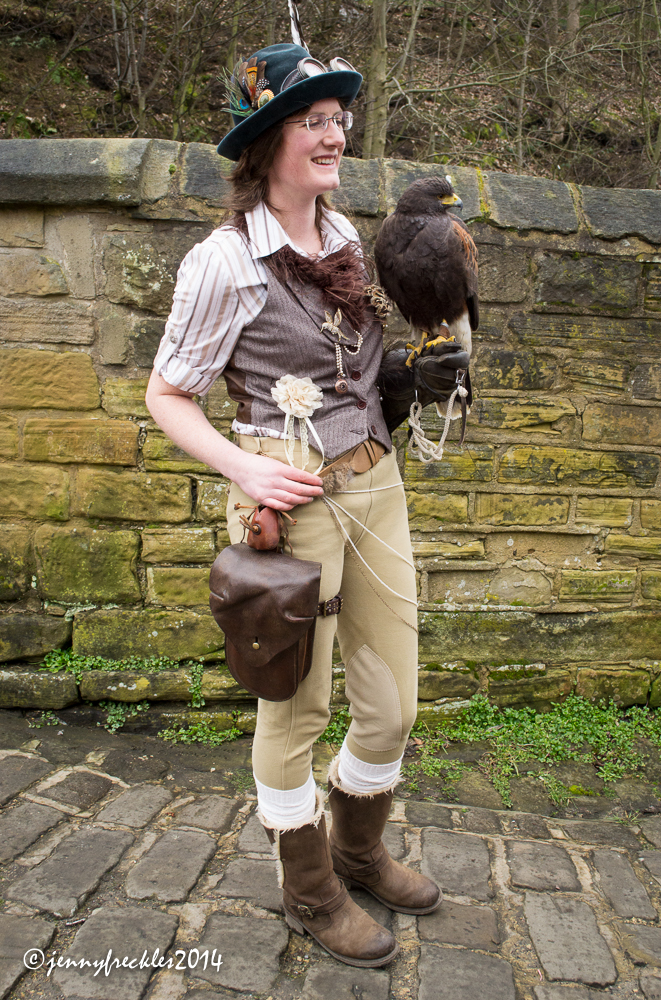 Leeds Industrial Museum was advertised as being open from 13:00 so I was rather surprised to find the car-park full to overflowing when I arrived on the stroke of the hour. The reason soon became apparent. The museum was hosting a 'Steampunk Market' with lots of stalls selling clothes and all the paraphernalia associated with the steampunk movement. So it was full to bursting with hundreds of people. In fact it was not a good time to see the museum itself (I will have to go back!) but nevertheless there was much to be interested in.

Regular readers will recall that there have been steampunk gatherings in Saltaire (see here and here). It seems to be a growing movement - an odd but beguiling fusion of sci-fi, fantasy, Victoriana, engineering and lots of individual creativity. Those dressing up and taking part span all ages and all sorts, and they all seem to have a great deal of fun in the process. The stalls were selling clothing, jewellery, pocket watches, books, posters, hats, wigs and an eclectic selection of ephemera and small machine parts - cogs, chains, watch parts and other bits and bobs that people use to decorate themselves (and their homes too possibly).  The young lady in my photo had the most unusual accessory that I saw - a hawk!
Posted by jennyfreckles at 07:00