It's black over Bill's mother's 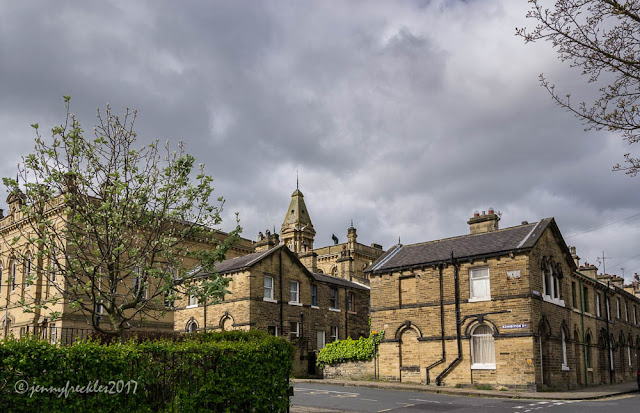 'It's black over Bill's mother's'' is a phrase you'll probably only understand if you're from the North of England or the Midlands. It's what people say when there are storm clouds visible on the horizon. The origin of the phrase appears to be doubtful. Some say it refers to William Shakespeare, others to Kaiser Wilhelm II, the last German emperor, whose character and foreign policy was changeable and blustering. Others say it has more local origins. But whatever the truth of the phrase, it is often apt round here!

Saltaire's houses are dwarfed by the huge bulk of the Victoria Hall which extends back in a T-shape behind its tower.
Posted by jennyfreckles at 07:00