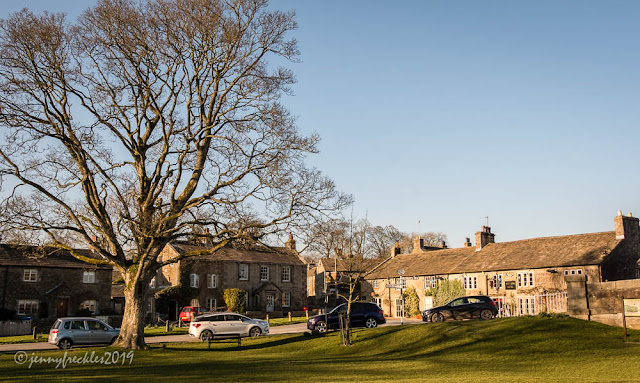 The village of Burnsall sits a few miles up the Wharfe valley from Barden Bridge (see yesterday). It's a very popular place and can get packed with visitors in summer. You hardly ever see it without cars parked along the road, even though there is a fair-sized car park nearby. It too has a distinctive old bridge and the river here is shallow, making a popular spot for families to picnic and bathe. It is also a centre for walking, with the Dales Way long-distance path passing through the village. 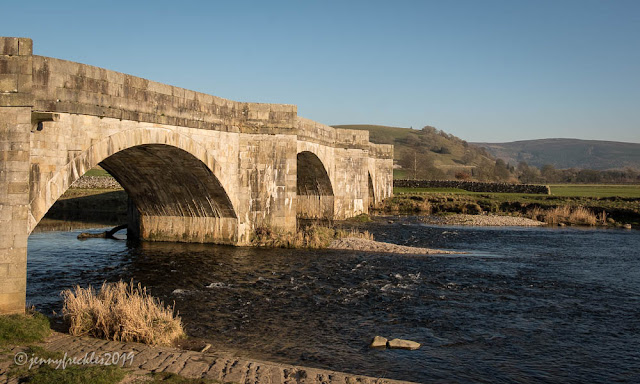 It has a good pub, The Red Lion, which dates back to the 16th century and reputedly has a ghost in the cellar who likes to turn off the beer taps! 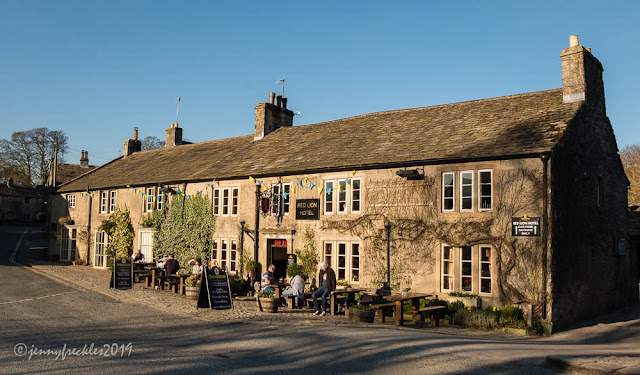 It also has a chapel, a church, cafés and an ice cream shop - not bad for a village with only about 100 inhabitants. I had a lovely cup of tea from one of the cafés, sitting outside enjoying the warm sunshine. There were families picnicking on the river bank! (In February!) In fact it was so summery that I bought myself a tub of ice cream too. 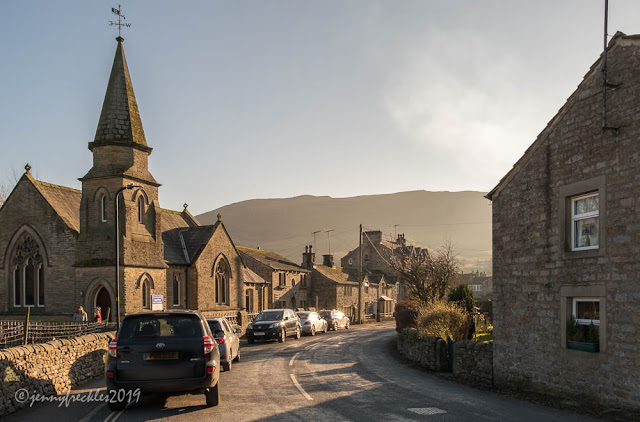 Many of the local place names (Thorpe, Cracoe, Skyreholme) are derived from Norse and that, plus the discovery of carved stones now kept in the church, tells us that the area was settled by the Vikings over a thousand years ago. St Wilfrid's parish church itself dates back in parts to Norman times though much of it is built in the Perpendicular style (c1380-1520). 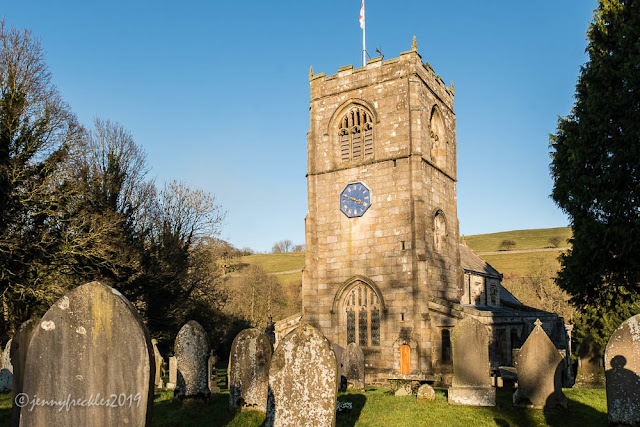 Another notable building in Burnsall is the school (below), still used as a primary school. It was founded in 1602 by William Craven, of nearby Appletreewick, who went on to become a Lord Mayor of London. 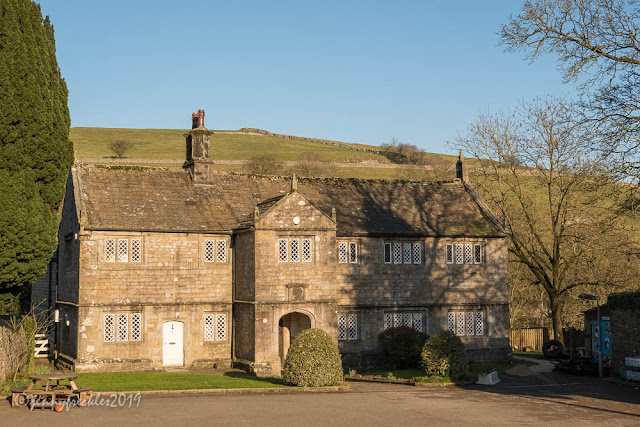