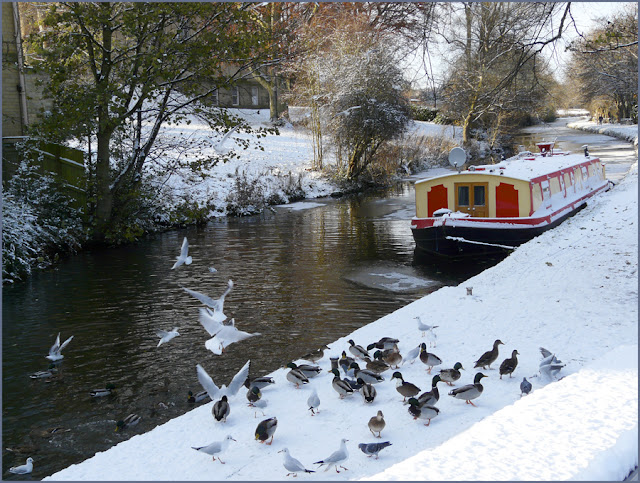 This section of the Leeds-Liverpool Canal, down by the entrance to Roberts Park in Saltaire, is a popular spot for visitors.  There is usually someone there feeding the ducks and pigeons, so the birds have learned to congregate there.  With snow on the ground and ice floes in the canal, they were probably hungrier than usual - but there were few visitors about.  The ducks were milling around, more in hope than expectation.  Perhaps standing on the snow was warmer than swimming in the water.  Not much trade for the ice-cream boat either! When it's raining we say "Nice weather for ducks" - but this.... it's snow joke!
(The photo was taken before the latest snowfall.  The canal is completely frozen over now.  In fact pretty much the entire UK is covered in snow, as this satellite picture shows.)
Posted by jennyfreckles at 07:00