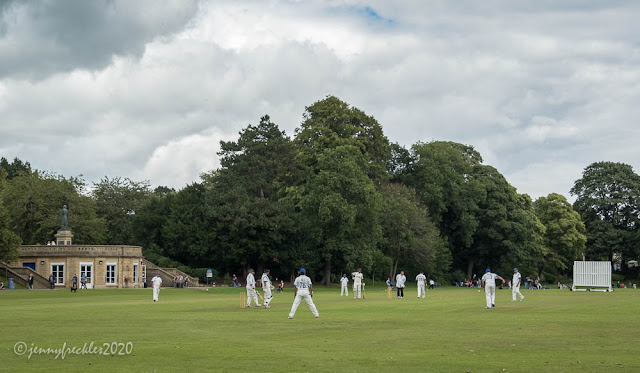 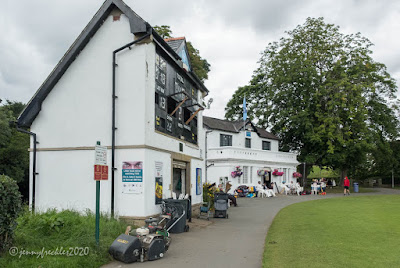 Cricket is back, after a long period when we've had no sport because of the coronavirus lockdown. It has felt strange without it, especially in Roberts Park, where there is almost always a match going on at weekends.


It is part of the easing of restrictions that's been happening over the last few weeks - shops opening, then pubs and cafés, and now local sport.

Time will tell if this gradual return to normality will cause a dreaded 'second wave' of infection. I understand that the numbers of new cases of the virus have stopped dropping in the UK and even seem to be rising in some areas. The stats are complicated and I've effectively given up trying to understand. It has seemed for a while to be better to use my own common sense and naturally risk-averse personality as a guide rather than spend too much time trying to figure it all out. Avoid crowds, be careful indoors where there are other people, use a face mask in shops, wash hands often, generally look after myself in healthy ways seems the best strategy. Things do seem to be being ramped up again though. In fact, since Friday, they have imposed further restrictions in north-west England (including the Bradford district, though we don't like being lumped into 'the north-west! There are historic rivalries between us and Lancashire!) They mostly affect what people can do in their own homes, restricting families from different households and friends from meeting indoors and in gardens. All rather annoying and it seems quite illogical in many ways. But we're told it is necessary. 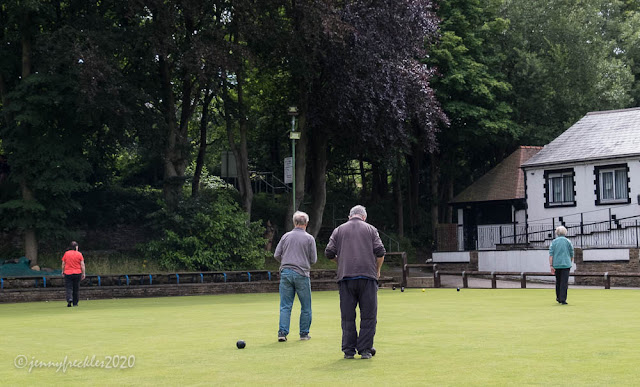 It's not only cricket that has started again but bowls too...
... and tennis. These young men were really smashing the ball about - very energetic and not a little dramatic when a shot didn't go right! 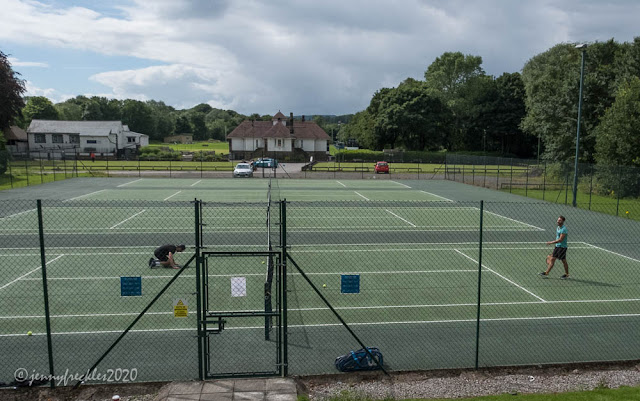