Marley - and back to Bingley 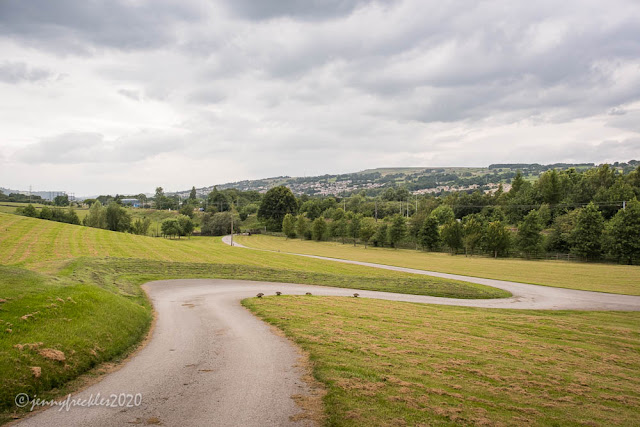 The next bit of the walk, alongside the railway line, was really tricky as the path ran between two fences and was almost completely overgrown. I got stung by nettles, scratched by brambles and stumbled in holes, so I was glad to reach the safety of a proper track again. It climbed up towards Marley, which is a tiny hamlet with some early 17th century properties - Marley Hall and some farm buildings. The hall itself was set back in gardens and I couldn't get a decent photo. (You get a better view from the train!) The building in the photo below is, I think, originally a farmhouse. They have a lovely wide view across the Aire valley and up towards Keighley. 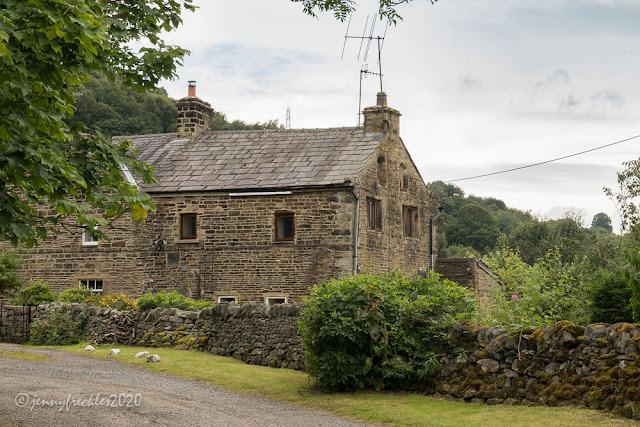 I struggled to find the path out and back to Bingley, until I spotted this tiny stone bridge and a stile hiding behind a tree! The map wasn't much help as the detail was not clear. Then I saw the yellow waymarker, so that was a relief. 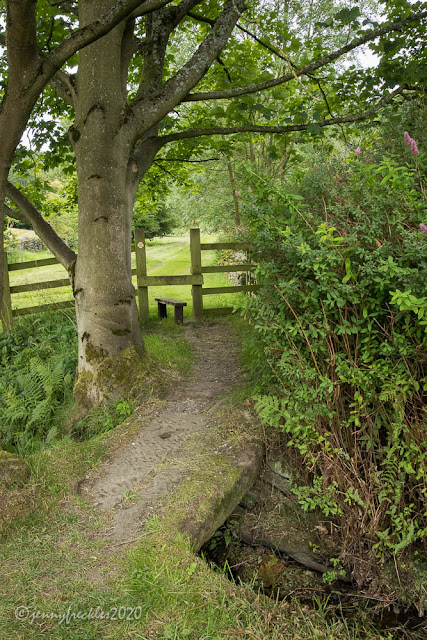 The return leg took me through woodland, mixed in parts with some coniferous larch too. I've decided I don't like walking through larch woods - too stark and forbidding! The narrow path was a little precarious in parts as well, along the edge of a steep slope, so I didn't enjoy the walk back as much as the outward journey - and it was drizzling by then! 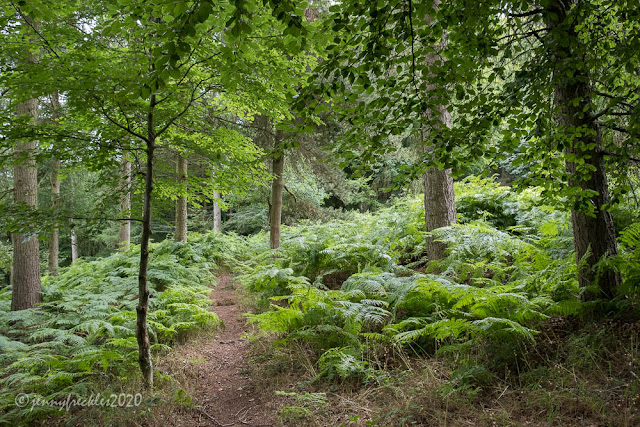 Still some interesting things to spot: I love the old stone stiles. 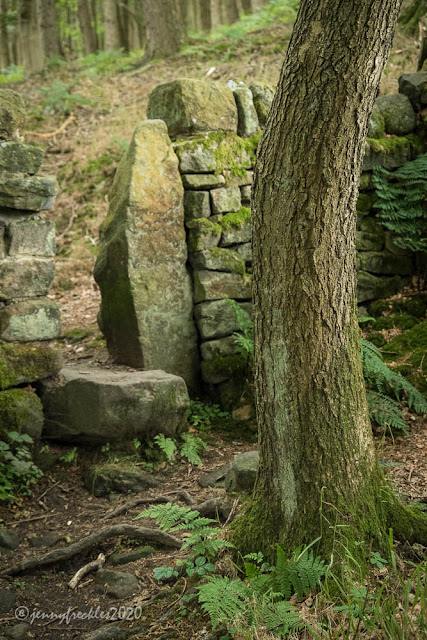 The phantom den builders had been at work here too. These structures seem to be in all our woodlands these days. 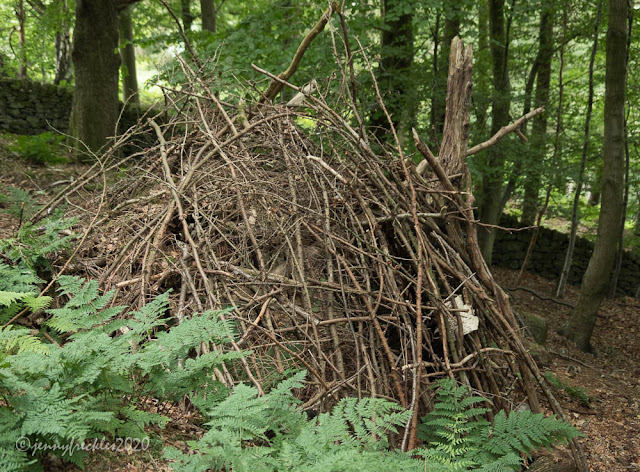 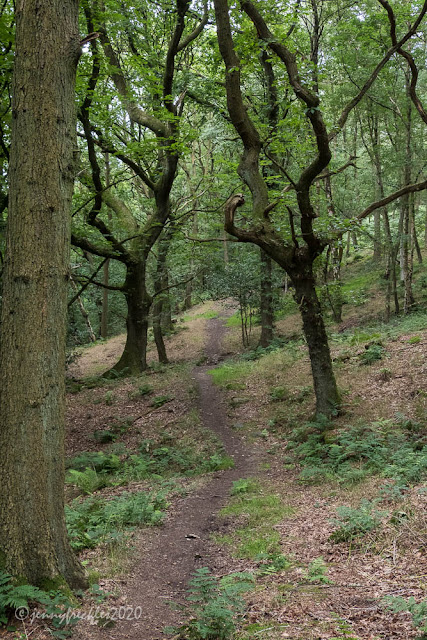 Once through the wood, the path joined an ancient route called Altar Lane down into Bingley and back to Ireland Bridge. Some nice views from here - though even better if I'd have climbed further up the lane instead of down, as it takes you to a rocky outcrop known as Druid's Altar. I'd had enough walking for one day, though it is always satisfying to follow a new route successfully by myself. 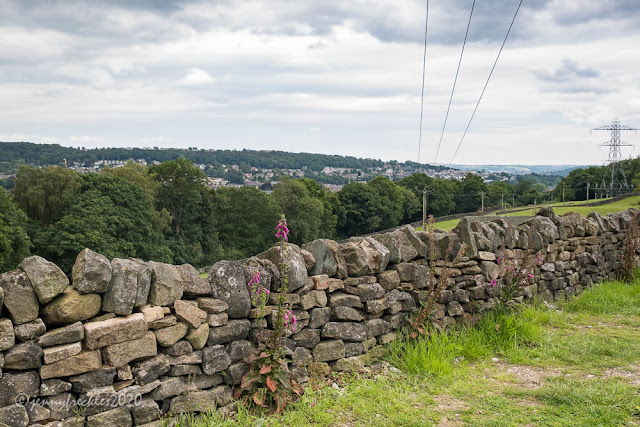