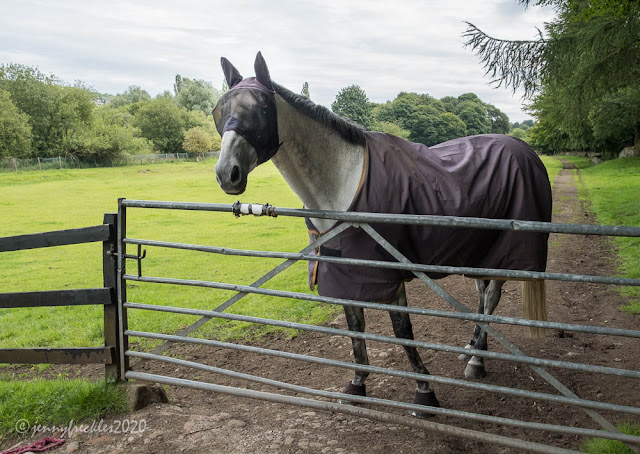 When the man (see yesterday) let the horses off the lead in the field, one of them continued to follow me, so I was a little relieved to be able to put a gate between me and him, if only because he was so big! I think he was just being friendly. He neighed a farewell to me!

A little further down the lane, I think as far as vehicles can go, is this old cottage, called Cophurst (I think). It is really quite remote, a good mile or more out of Bingley along the narrow track. It looks to have been renovated rather beautifully. 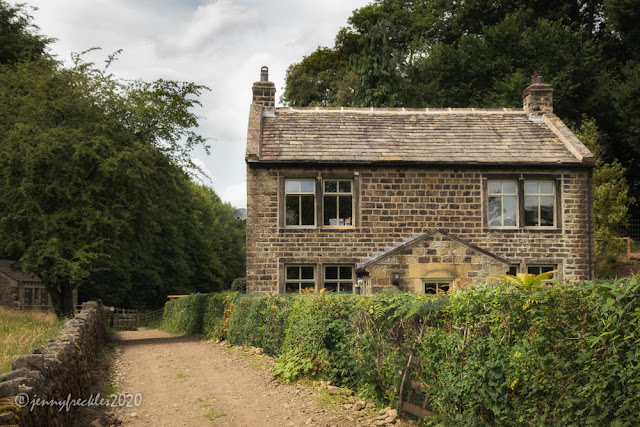 Over a stile and into a field and there were interesting things to discover - some lovely foxgloves beside an old drystone wall, and then a curious tank or trough that had a tiny stream running into it. I suppose it was intended to provide water for animals. 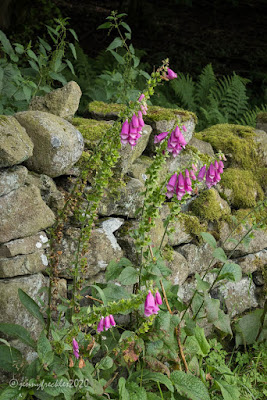 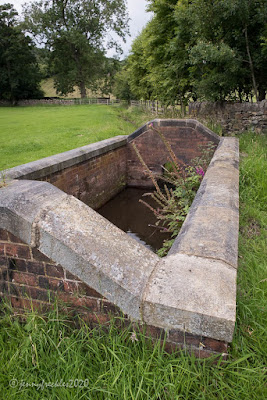 The walk I was following was called 'Deer and Riverside'. I'd seen plenty of riverside by this point, so I was delighted to see some deer too (fallow deer, I think, as they had dappled coats). Of course, they spotted me even quicker than I saw them and soon bounded off into the woodland. This part of the walk ran right down to the railway line. I'd often seen the area from the train so it was nice to explore it on foot. 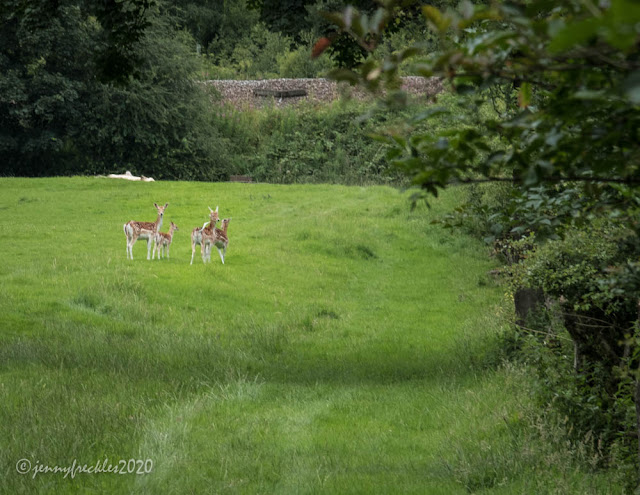