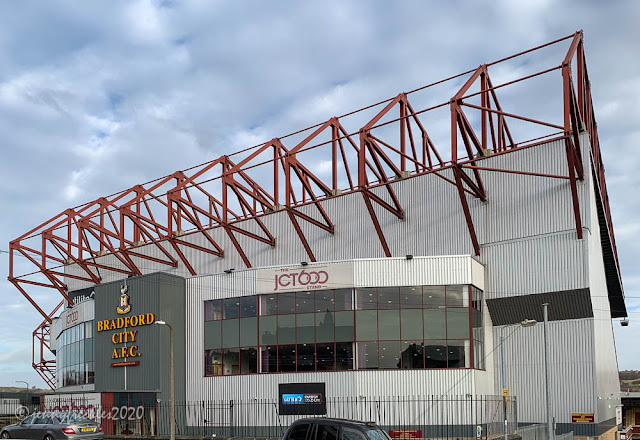 Even further down Manningham Lane towards Bradford city centre, I came to Valley Parade, the home ground of Bradford City football club. They are currently in League Two with a slim chance of 'going up' in the world again this season. I used to have a season ticket in the late 1990s, in the heady days when they were in the Premier League for two seasons. It was good fun but times change, the people I used to go with moved away and my interest eventually waned...

In 1985, the stadium was tragically the scene of one of the worst disasters in football history, when 56 people died and nearly 300 were badly injured in a fire that ravaged through the old wooden main stand in a little over nine minutes. The stadium has had many alterations since, and the current Kop end, main stand, hospitality suites and function rooms were extended and improved in the late 1990s/early 2000s. The ground's capacity is around 25,000, though the highest attendance this season has been about 14,000. 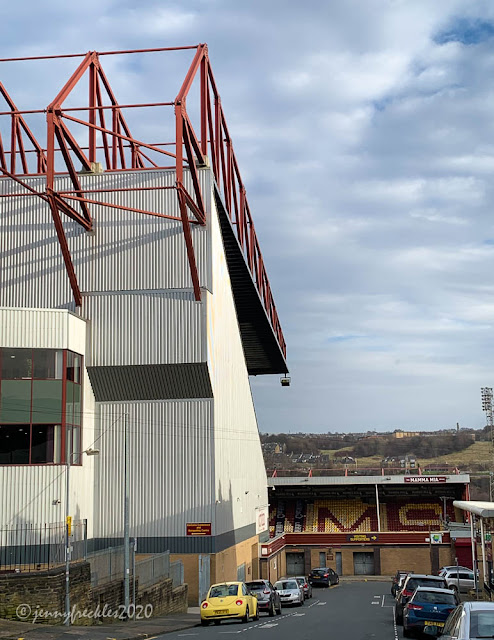