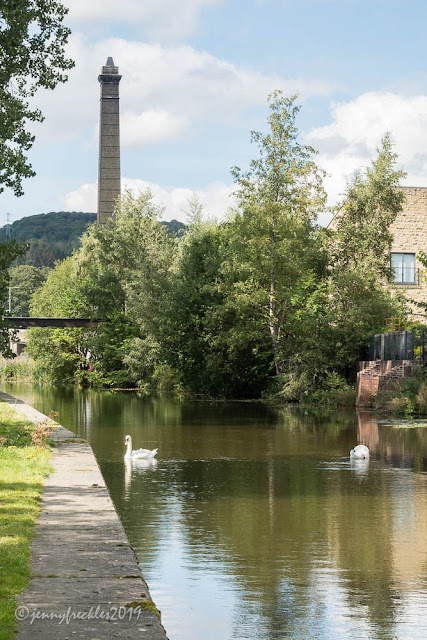 Bingley to the Five Rise Locks

In the centre of Bingley, the canal towpath feels rather separate from the town. There are a few places where you can move between the two but, because the canal was moved sideways when the relief road was built, there are high walls between the canal, the roads and the railway. There are swans gliding along by the reed beds and the canal feels like an oasis of peace amid the bustle.

A little further along, commerce intrudes as you pass the old mill that is home to Damart, maker of thermal underwear and now a large catalogue and mail order business. The canal is wider here - another winding hole and mooring spot before the long haul of the Three and Five Rise Locks. 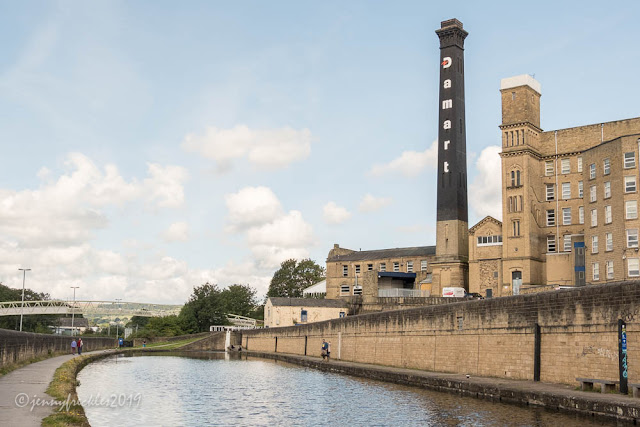 Snuggled against the wall of the mill, the canal is again lifted, 30ft (9m) this time, by the Three Rise Locks. This is a popular spot with fishermen. The fish must like to congregate in the pool at the base of the locks. 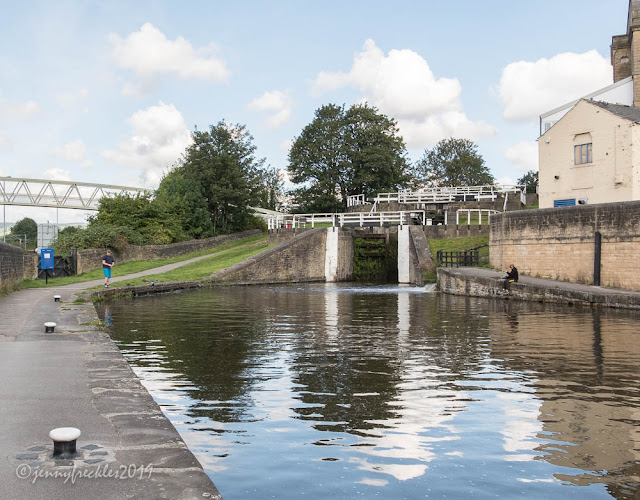 Beyond the Three Rise, the towpath enters another leafy stretch, sweeping round a couple of bends, hugging the hillside, and offering lovely glimpses of wide-ranging views up the Aire valley. 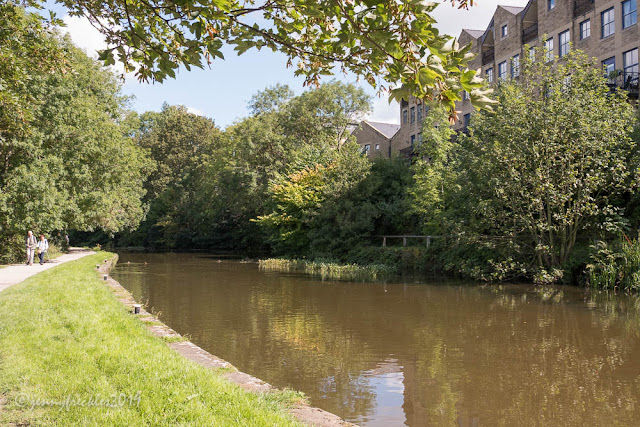 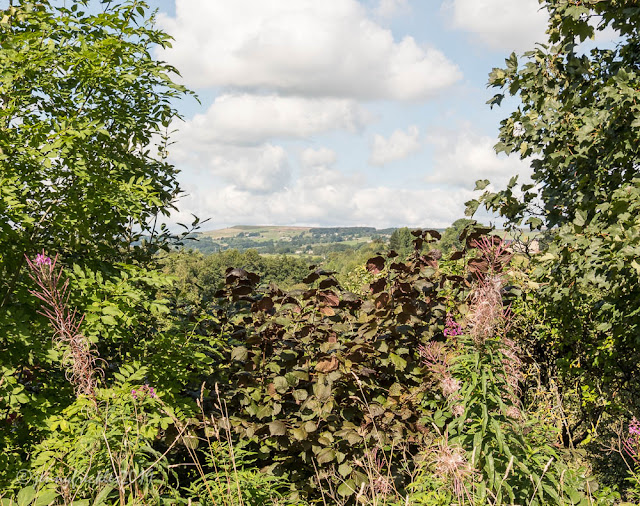 Then finally, you round a bend and see the full glory of the astonishing Five Rise Locks, one of the wonders of our waterways: the steepest staircase on the longest canal in the UK.  Built in 1774, they carry the canal another 60ft (18 m) higher, with five lock chambers to navigate. Because of their complexity and the amount of traffic they carry, a full time lock-keeper is employed here, who with the help of volunteers ensures the safety of both boaters and the gongoozling public. (A gongoozler is an affectionate term for people who enjoy watching the activity of boats and people along our canals. Me, I suppose!) 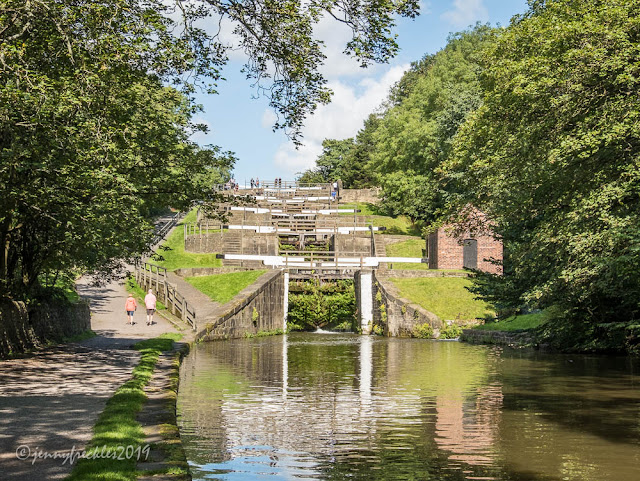