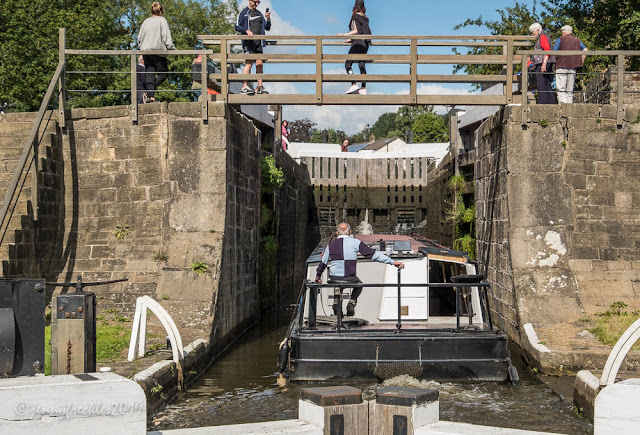 [The end point of my walk from Saltaire to Bingley along the towpath of the Leeds-Liverpool Canal - although I did walk all the way back home again.]

And so, we arrive at the famous Five Rise Locks just in time to see a wide beam boat being lifted in stages up the staircase. Two traditional narrowboats can fit in a lock side by side, but the wide beam boats take up a lot more room. Some of the longest boats don't fit either. Lock sizes are not standardised across the waterways network. The locks on the Leeds-Liverpool canal are about 19m long and some locks in the Yorkshire network are even shorter than that.

Some of my readers may recall the time (seven years ago, yikes!) when I went walking in these locks, when they were drained for restoration of the lock gates (see HERE). The chamber walls look so high when you're at the bottom.

Looking back towards Bingley, the locks drop away so steeply that you can't really see them all. 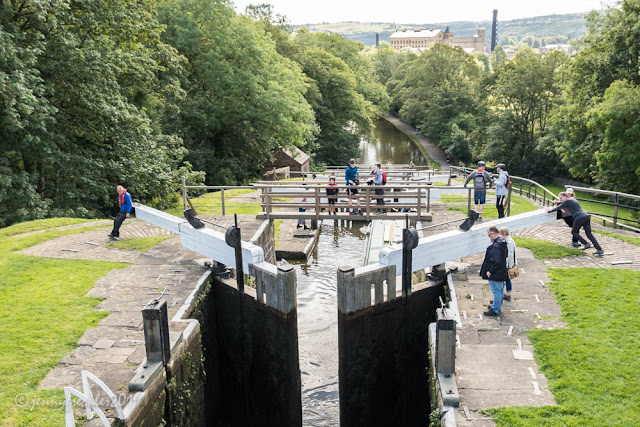 The Five Rise Locks are permanently staffed by a lock-keeper, often with several volunteers assisting too. It's such a complicated obstacle to navigate and things can go badly wrong if you don't know what you're doing. There's a lovely tribute to Barry Whitelock (HERE), the country's longest serving lock-keeper, who worked here in Bingley from the age of 19 until he retired in 2017. I don't know who has taken over from him, but there must be some satisfaction in carrying out such an historic role. 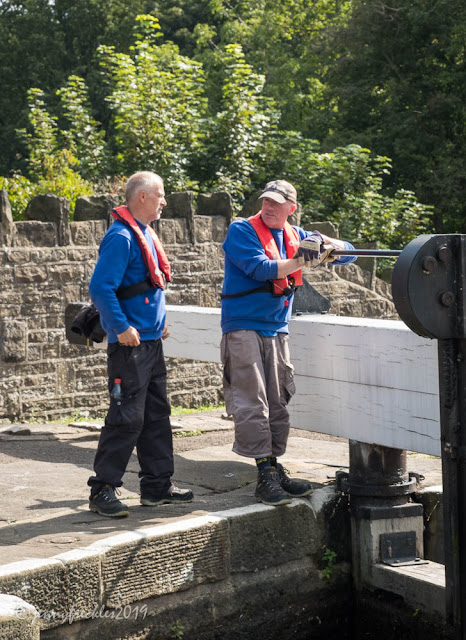 When the locks are not busy (rare in summer), the lock-keeper hangs out in his office at the top of the locks. I expect there's a kettle in there but, if not, he can always nip over to the café across the road. 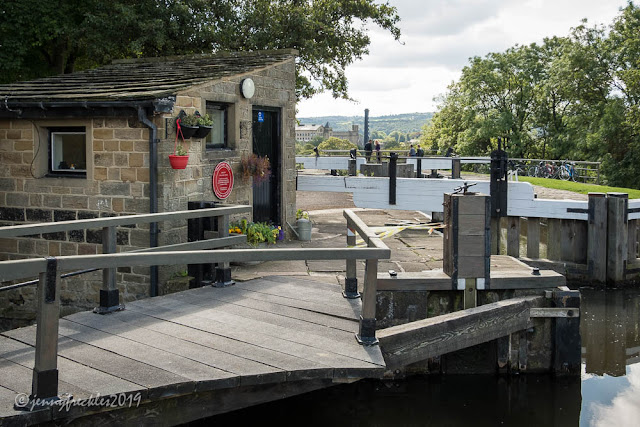 The Five Rise Locks café is a very popular spot with walkers and cyclists. There's usually plenty to watch, if you choose a table on the canal side. Next to it is a service facility for boaters, with toilets, showers and sewage disposal. This stretch of the canal from the locks towards Crossflatts also operates as a marina, with some permanent mooring for boats. 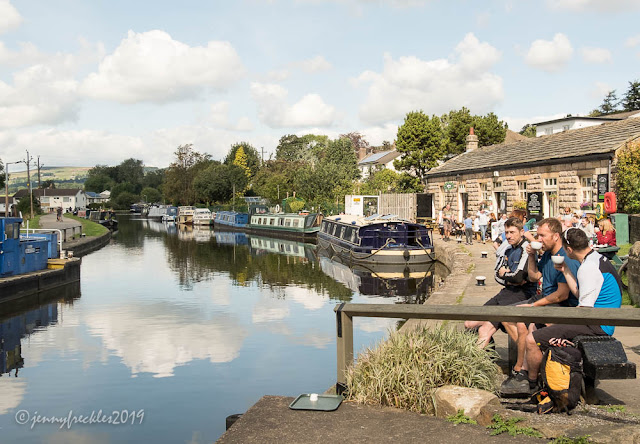