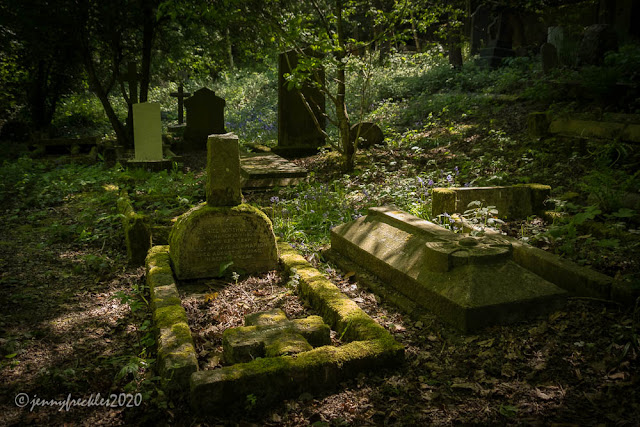 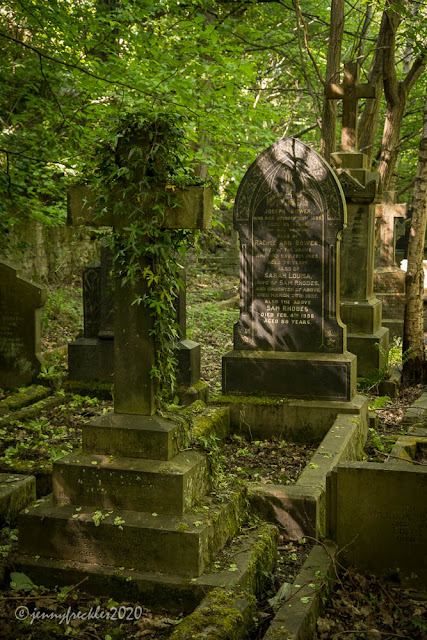 One of the silver linings in the cloud of the coronavirus lockdown has been the opportunity necessity to explore some of the hidden paths in my local area. One such walk took me along a track at the back of some houses and through a wood, before pitching me into an old and overgrown cemetery belonging to St Paul's Church in Shipley. The church itself has a graveyard around it but at some point around the turn of the 19th century it must have become overcrowded. An overspill cemetery was established a mile or so away in Nab Wood. Nowadays this area is rarely visited and, I think, is no longer used for burials. It sits next door to but is separate from the current municipal crematorium and cemetery. Most of its graves date from the early 20th century. There's been some recent attempt to tidy it up a bit. (Last time I tried to explore several years ago it was almost impassable.) It's still dark and overgrown and many of the graves are damaged. It is, however, wonderfully atmospheric.

The picture below was a bit of an accident, in that I'd jiggled one of the settings on my camera by mistake so that it applied a retro filter effect to the image - but I decided that it had worked out quite well for the subject matter. 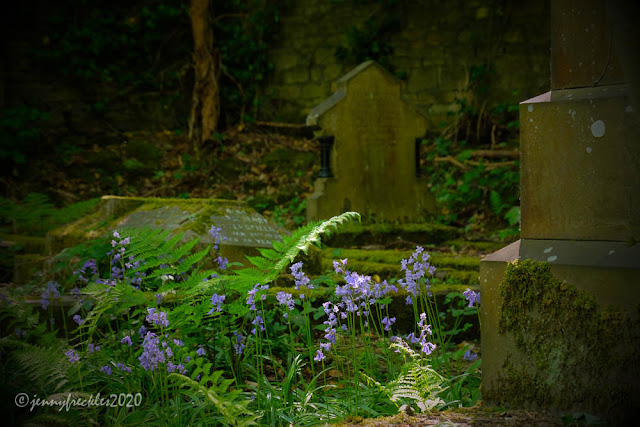