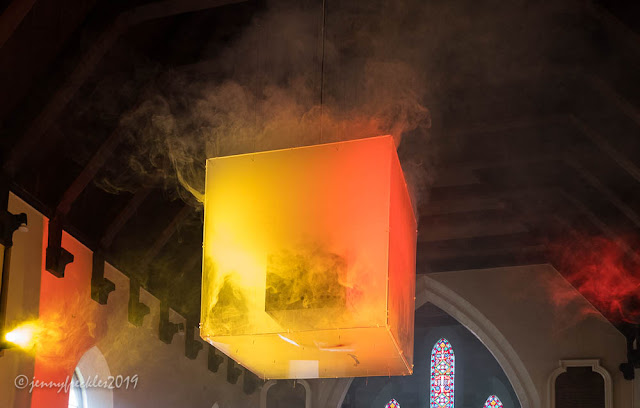 'Sculpt' Arts Trail
'Cloud of Unknowing' by Alexandra Carr was a large perspex cube with coloured lighting, hanging in the church's nave. When we first went into the church that is all we could see, but as we moved around, after several minutes, a fog erupted from the cube, slowly wreathing the church in its vapour. The fog represents our human quest to understand our place in the cosmos and our fleeting, ephemeral comprehension of 'the unknown'. It was intriguing, anyway, and rather beautiful as it unfolded. 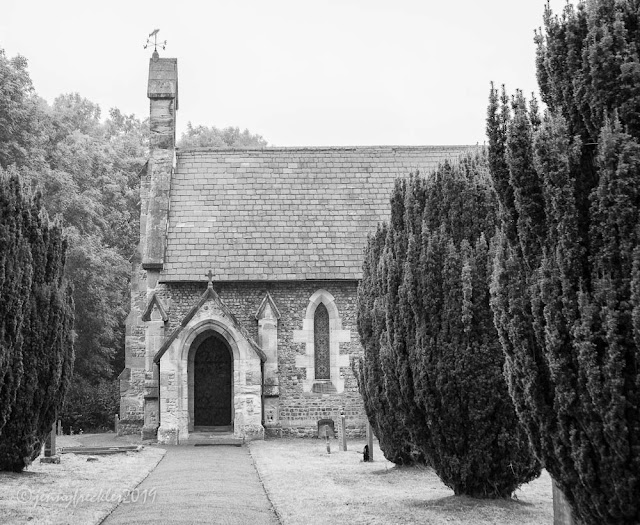 It was installed in the small church of St John the Evangelist in Mickley, another church dating from the early 1800s. It is constructed of cobblestones from the nearby River Ure. It has an unusual memorial window of etched glass, in memory of Lt-Col Samuel Hutchins DSO, Royal Irish Regiment, who lived locally in his later years.
Posted by jennyfreckles at 07:00