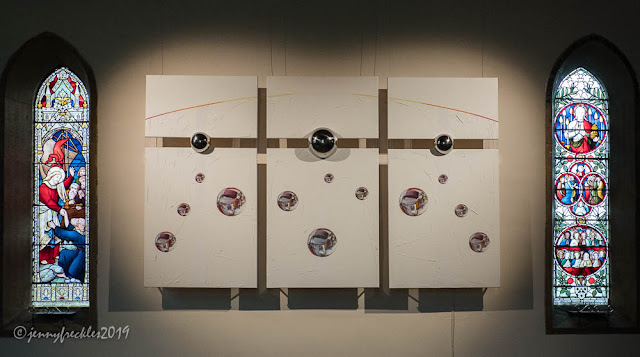 'Sculpt' Arts Trail
A friend and I spent a fascinating day touring seven churches in the area between Ripon and Masham, in North Yorkshire. They were each hosting an artwork as part of an arts trail called 'Sculpt', an Arts Council-backed project. It is part of the 'art in the churches' initiative, a voluntary effort aiming to bring contemporary art to the countryside and to utilise and showcase some of England's vast treasury of small, often ancient, village churches. The installations are site-specific, inspired by the church in which they are displayed. The trail continues until 28 September.

It was a dismal day of incessant drizzle and low cloud, not the best for photography. That didn't dim our enthusiasm (nor prevent me taking photos!) and anyway, the artworks were all inside the churches.

Our first stop was  to see 'Every Small Difference' by Sarah Williams. This was an oil-painted triptych, with reflective domes. It represents, apparently, 'the vulnerability of our planet to climate change and our responsibility to protect it'. It had painted bubbles, suggesting the delicacy of the planet and our own fragile lives. Somewhat underwhelming, we thought. I'd have liked it better if the painted bubbles had contained reflections of trees or nature. 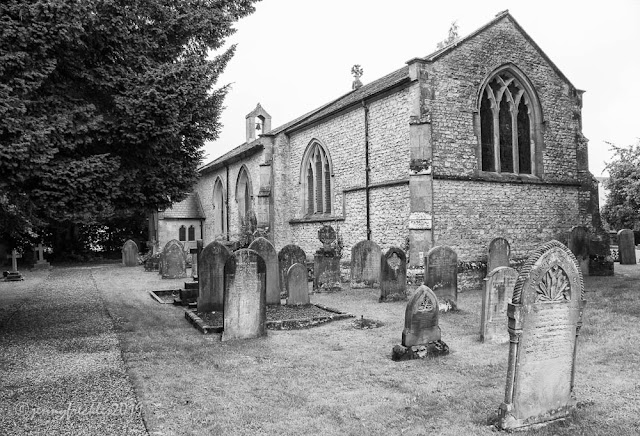 It was hosted in the church of St Mary, North Stainley, a small and unpretentious church. It was built in the early 1800s after the passing of the Church Building Act in 1818 that was designed to provide the growing population with access to a church nearby. Like most churches, it has been added to and altered since then. 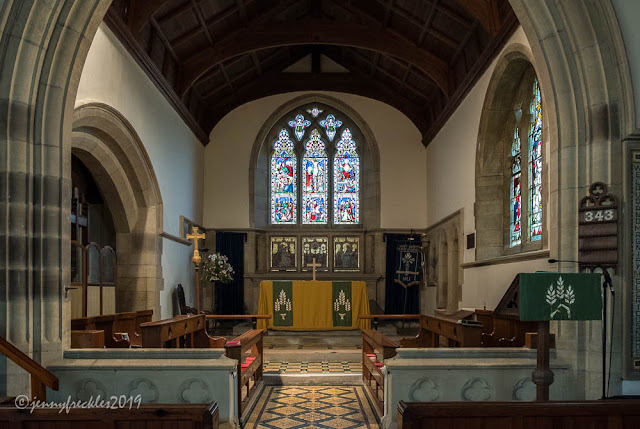 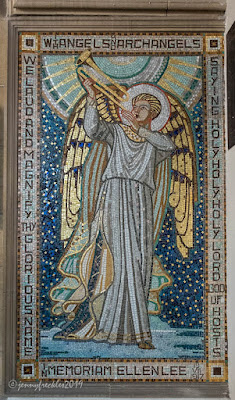 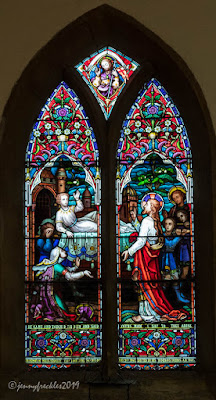 It was neatly kept and had some nice stained glass windows, including the one (left) that appears to depict the story of Jesus' raising of Jairus' daughter. Sadly, the glass panels were in urgent need of conservation, I thought. They were horribly bowed, particularly the lower panels.

I also liked the unusual mosaic memorial in the wall.