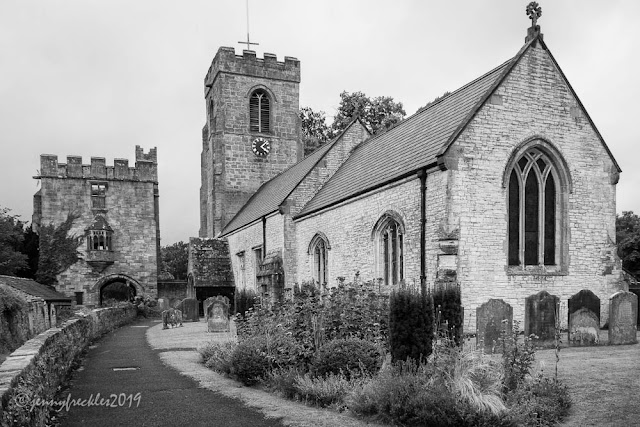 'Sculpt' Arts Trail
Our final destination on the Arts Trail was the church at West Tanfield. The installation here, 'The Seven Colours' by Eduardo Niebla, was a sound recording. It blended sounds the artist had recorded locally - church bells, the church choir, school children, the local blacksmith and the sound of water in the River Ure - with global sounds like a steam train, Gregorian chant and musical rhythms from around the world. The resulting collage of sound played for about 15 minutes and was strangely soothing. It was intended to symbolise and celebrate community and connection across all seven continents.

Though there was no artwork to photograph here, the church of St. Nicholas is filled with interest and history. It dates to the 14/15th centuries, with Victorian restoration. It holds the tombs of Sir John Marmion, a knight who died fighting in Spain with John of Gaunt in 1387, and his wife Elizabeth. The tomb has an unusual iron canopy, known as a hearse, with prickets for candles that would be lit on special occasions. It is believed to be the only one of its kind in England. The alabaster statues show Sir John with his feet on a lion (signifying a knight) and his wife with her head on a pillow held by angels. 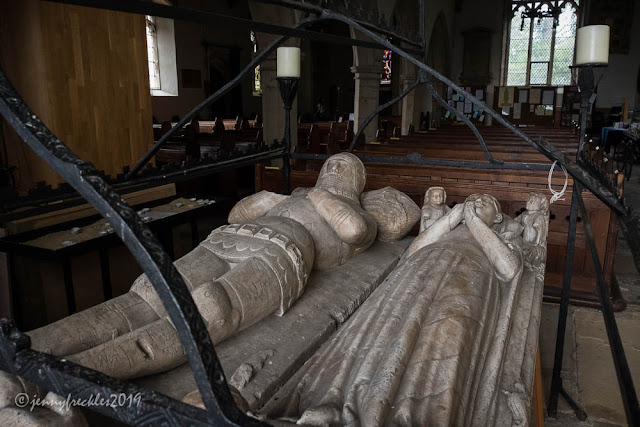 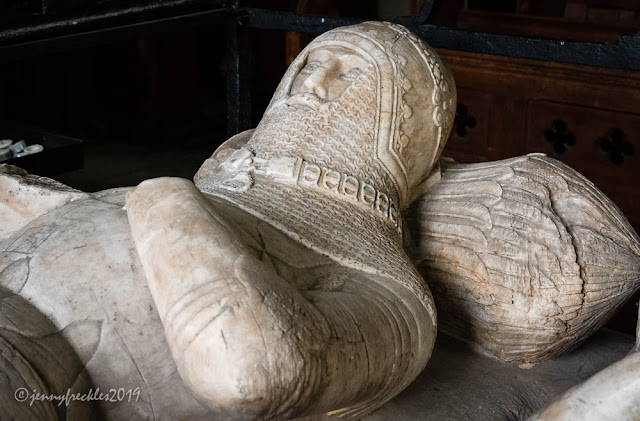 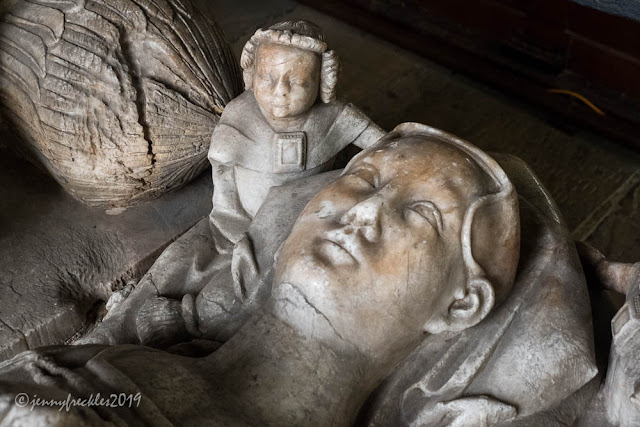 The Marmion family lived in a manor house near the church. It is now vanished but its crenellated gatehouse, known as the Marmion Tower, remains, adjacent to the church. See it in my top photo.
Posted by jennyfreckles at 07:00