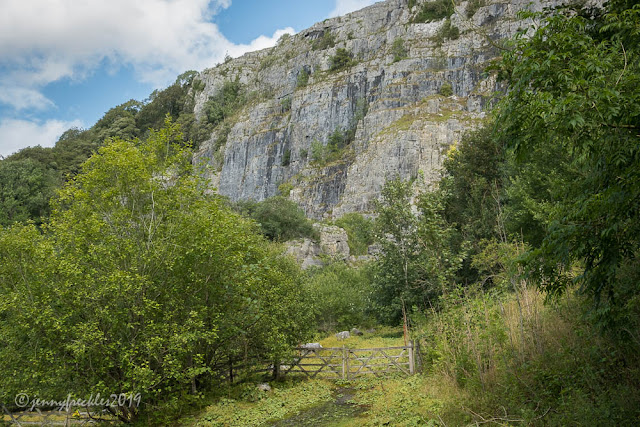 I'd never heard of it before, but a camera club outing took us to the Hoffman Kiln, near Stainforth in Ribblesdale. The surrounding area is limestone country, famous for the Yorkshire Three Peaks of Ingleborough, Pen-y-Ghent and Whernside, favoured by walkers and cavers who explore the vast network of potholes and underground caves. Lightly populated and rural now, in the 19th century the area was a hive of quarrying and industry. Lime was used in agriculture, building (mortar and lime wash) and in a host of small industries like tanning, textiles and soap making. There were small field kilns across the whole area but demand began to outstrip their capacity. The Hoffman Kiln was built in 1873 by the Craven Lime Company, to produce lime, from limestone quarried nearby, on a huge scale. The kiln ceased production in the 1930s and is now an atmospheric ruin. 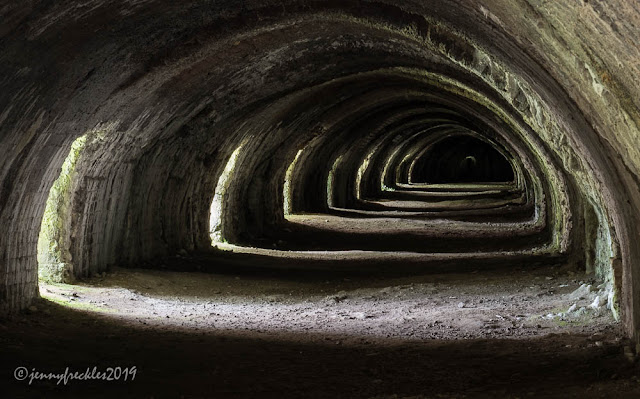 It's so big it's hard to get a real sense of the whole structure (let alone a photo!) but you can walk inside. Once your eyes accustom to the dark, you can see the relics of the 22 chambers in which limestone blocks were piled up, together with coal, and burned. The chambers form a huge oval, punctuated by the archways where the loading doors were. The chambers were fired in turn. More coal was fed in through holes at the top to keep the fires burning and a system of air shafts and flues allowed the process to be controlled. The entire circuit took an average of six weeks to fire completely. The stacking of the limestone rocks and then the arduous chiselling out of the burnt lime all had to be done manually. It was horrible and dangerous work. A network of rail tracks brought in the limestone and coal and took away the processed, burnt lime. (See HERE for a more detailed explanation). 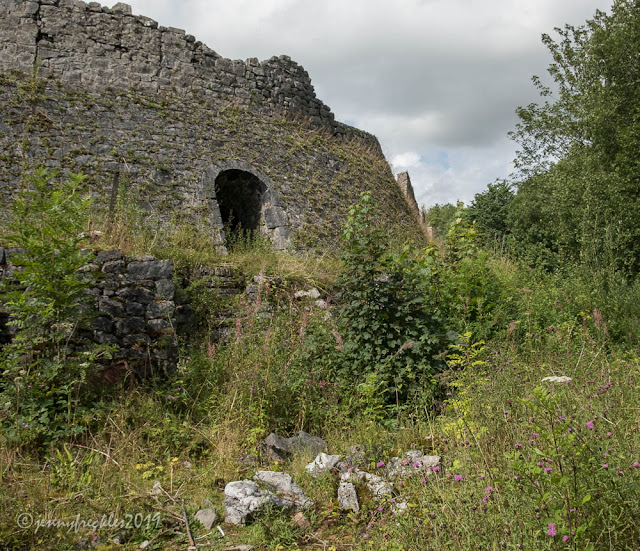 It was very fascinating to explore. The stone inside the kiln is blackened with heat and smoke. There are even small stalactites hanging from the roof and archways, where water has slowly trickled through the residual lime to form stone 'icicles'. 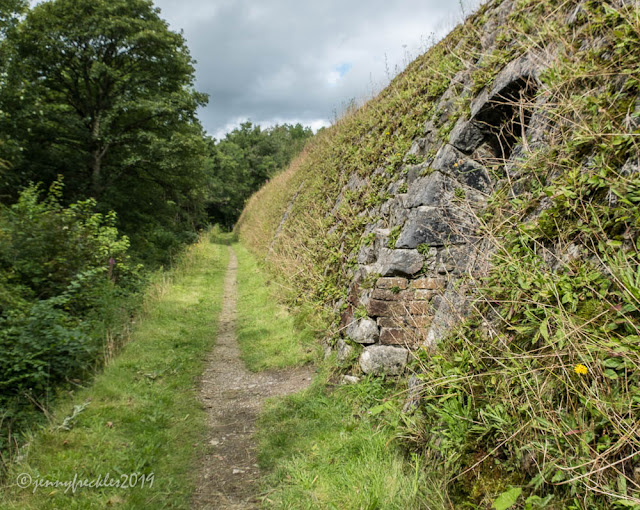