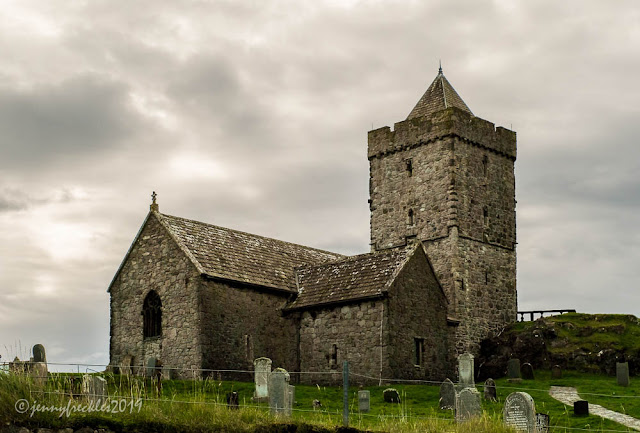 Harris, day four
By day four, I was ready for a variation in the Harris diet of sea, sky and rock so I was interested to explore the little church of St Clement in Rodel. It was built around 1520 as the burial place of the chieftains of the Clan MacLeod of Harris. The church was disused after the reformation in 1560, but continued to be used as a burial site. It has since had a number of restorations.

There is an elaborate tomb on one wall for the 8th Chief, Alasdair Crotach MacLeod, crowned with an arch and featuring carvings of the Trinity, other biblical scenes, a sailing galley, a hunting scene and the Chieftain himself in a knight's armour. There are other significant MacLeod tombs within the church and a series of tombstones from the 1500s and 1600s, decorated with ornate carvings of swords denoting high status, power and strength. 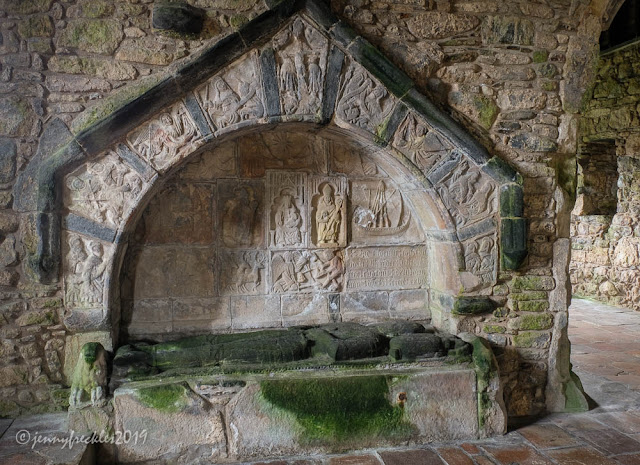 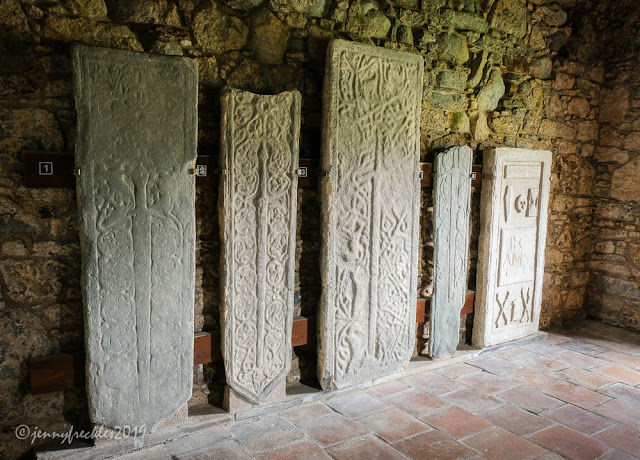 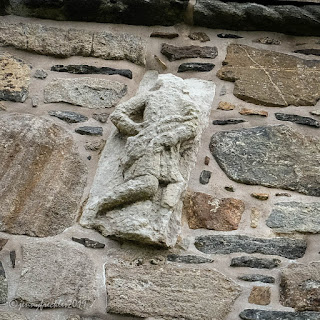 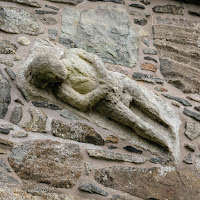 On the outside walls of the church there are more intriguing carved stones, including a figure in a kilt (left). The figure of the man (right) is known as 'The Lewd Man'.

There is also a 'Sheela-na-gig' - a female effigy (see below). There is a similar carving on a wall in Iona, which may indicate links between the two. It may depict the goddess of fertility, life and death, perhaps as a reminder to those entering the church that they are entering a sacred space, the womb of the goddess, or perhaps simply to ward off evil. (Pagan and Christian symbols are often interwoven in our medieval churches.) 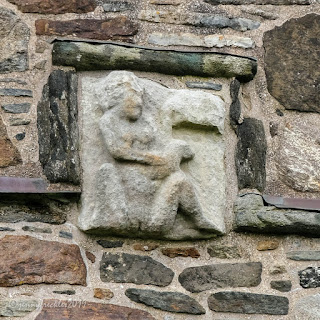 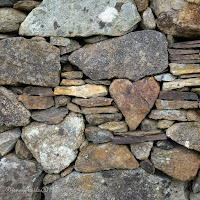 The drystone boundary wall of the churchyard had symbols too: hearts and flowers - though much more recent, no doubt. They don't do that in Yorkshire! Adjacent to the churchyard was a small public toilet for visitors, apparently installed and cared for by the local community. It was really neat. It even had flowers and a visitors book! I loved Rodel.
Posted by jennyfreckles at 07:00