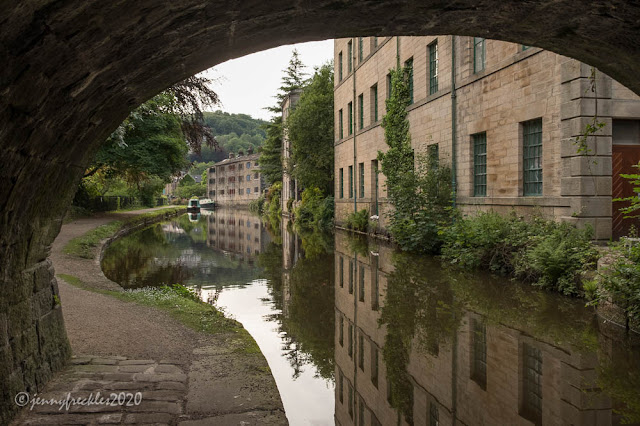 There's a really pleasant walk along the towpath of the Rochdale Canal through Hebden Bridge. It has lots of interest and history since many of the old mills and warehouses are still standing, most now converted into residential units. I began my walk by passing under the bridge that takes the road down to the railway station. As in many of our Yorkshire valleys, the roads, rail, river and canal jostle together in a narrow corridor. The building on the right just beyond the bridge is the Machpelah Works, built in 1840, a listed building now mostly apartments but once a fustian (cotton cloth) warehouse. 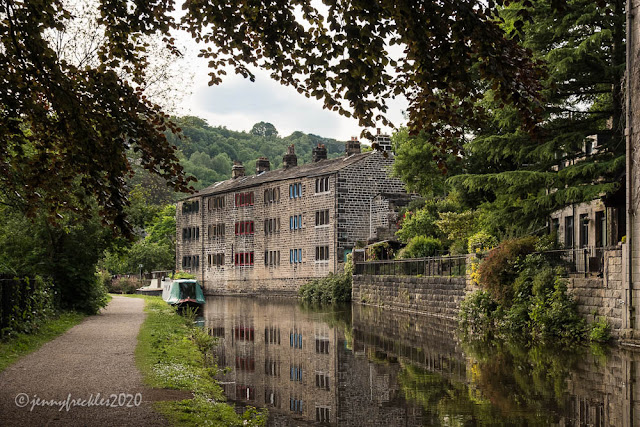 Beyond is a row of cottages, built in the early 19th century. Its traditional windows with the woodwork all painted in different colours really make it stand out as an attractive focal point. 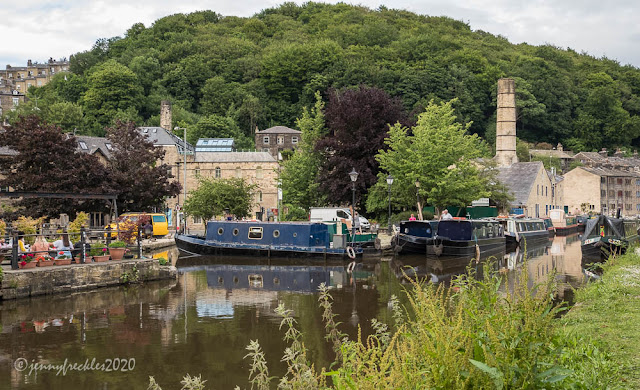 Beyond the cottages and a mill (that's now a really great nursery where my youngest granddaughter used go), there is a small marina with a Visitor Information Centre beside it, forming an attractive open space in the middle of town. Further still and there is a series of locks and an aqueduct that carries the canal over the River Calder. 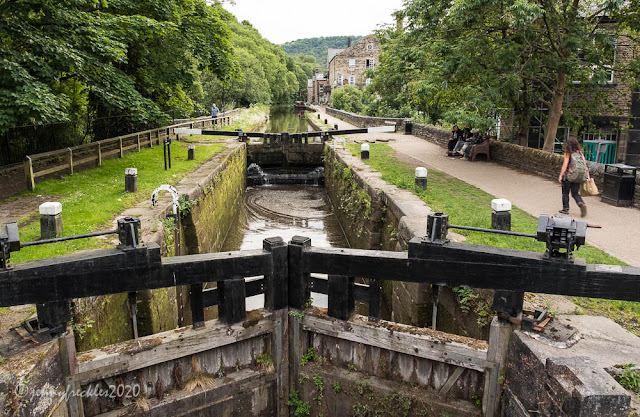 Then there are more old warehouses and houses related to the canal. The Rochdale Canal was fully opened in 1804, the first completed Trans-Pennine route to Manchester. (The Leeds-Liverpool, a much longer route, didn't fully open until 1816, although the bit through Saltaire from Shipley to Skipton was open by 1774. ) 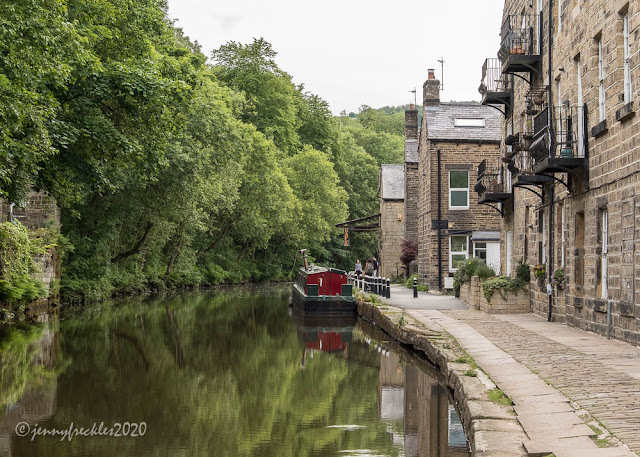 I ended my walk at the picturesque bridge, though you can of course go much further along the towpath - a very attractive walk. 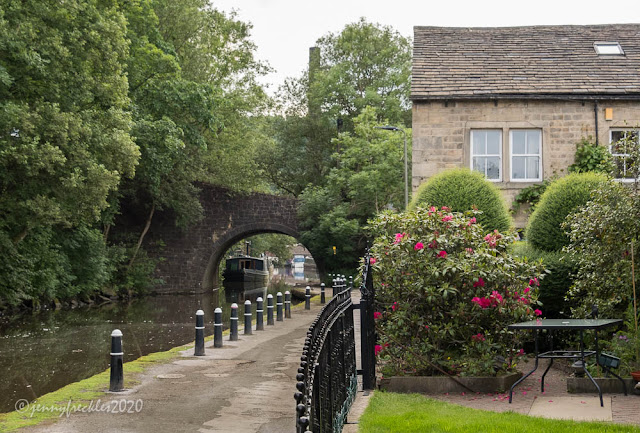