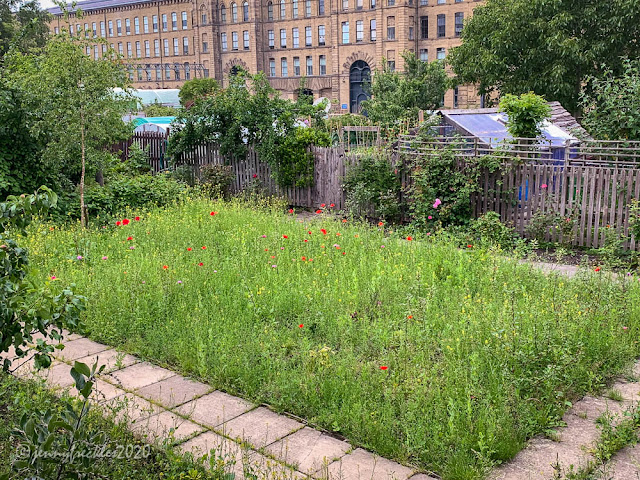 It's poppy season. My social media feed has been filled with pictures of cornfields full of red poppies. The flat agricultural land in the Vale of York seems to be a fertile area for them and they are breathtaking. I half-wondered whether to go in search of them but, until some cafés and public toilets open, I am reluctant to venture very far.

The allotments belonging to Shipley College, where horticultural students are usually busy at work, have been largely neglected since the start of the lockdown as the College has been closed. I noticed the other day that a wildflower meadow seems to have sprung up - and yes, it has a few red poppies, in amongst a mass of straggly yellow crucifers of some kind. That's the nearest I'm likely to get to a field of them.

In my own back yard, I've had a mass of yellow Welsh poppies, self seeded into the cracks in the paving. They were really cheerful, though a spell of wet and windy weather has trashed them. They did make hanging the washing out a bit of a dance, trying to avoid stepping on them! 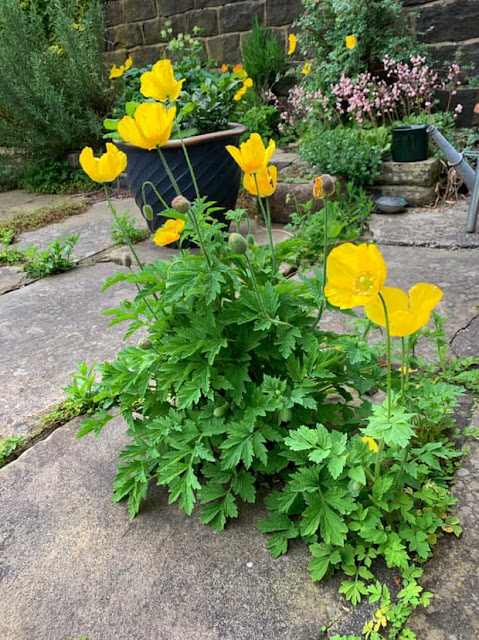