A head for heights 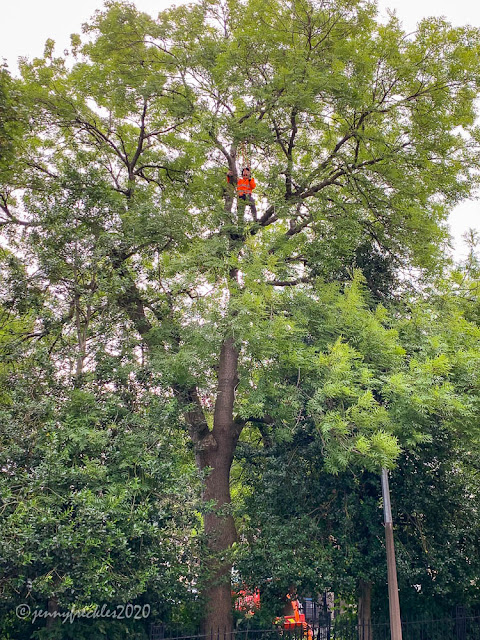 Do you have a head for heights? I certainly don't, so my heart was in my mouth as I watched the tree surgeons at work opposite my house the other day. There were two men leaping about really high up in the trees, apparently as comfortable doing so as the squirrels that I see. They did, admittedly, have some kind of safety harness but it looked pretty flimsy, just one rope looped over a branch. The big ash trees must be almost 100 years old now and one has been shedding large branches of late. When they are in full leaf, they don't like the wind we've been having, especially coupled with the dry spring we had. I'd reported it and was gratified that they actually came to inspect and prune them, though they have left the large sycamore which overhangs exactly where I park my car! They must think that is safe for now.
After so many weeks of being at home inside a lot, it was rather fun to have something to watch from the window! 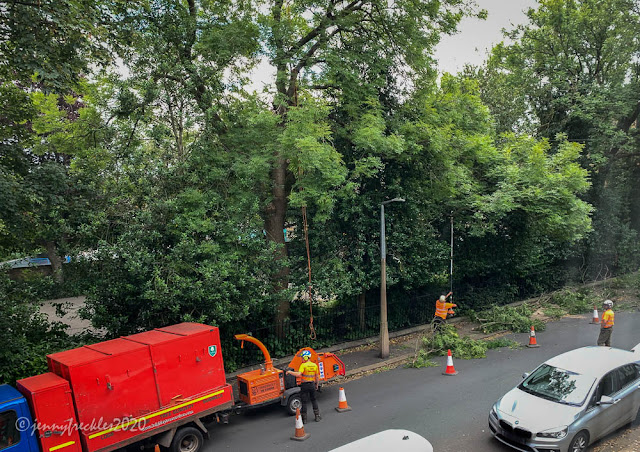