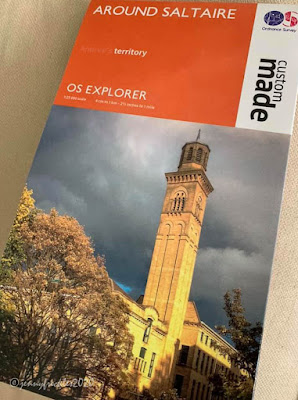 I've been meaning for ages to get myself a custom-made Ordnance Survey map. You can order them with your home (or anywhere you choose) right at the centre of the map and customise the front cover with your own wording and photo too. I thought it would be fun, in this age of lockdown, to create one to to help me to explore my own local area even more fully. In fact they stopped making them right back in March when we first locked down, but I noticed they'd started offering them again so I ordered one.

I don't know what the available maps are like elsewhere but here in the UK we are quite proud of the Ordnance Survey. It came into being for military purposes after the 1745 Jacobite Rebellion (an attempt to restore the Stuarts to the throne) led to the need for detailed and accurate maps of Scotland. Attention then turned to mapping the south coast of England, to help with planning the defences against possible invasion from France. They used theodolites to divide the landscape into accurate triangles, fleshed out with detail on the map. It grew and grew, sponsored by landowners who wanted (effectively) aerial views of their land holdings. Ordnance Survey now produce detailed and up to date maps and related data, both paper and digital, using satellite information and other means, that enable government and businesses to plan effectively - as well as providing us walkers with sound information about rights of way and all the features necessary to navigate safely. Ever since I was a child I have found maps fascinating. Now I have my own, custom built, at a scale of 1: 25 000, that is 4cm on the map = 1km on the ground. You can see footpaths and bridleways, roads, rivers and the steepness of the terrain shown by contour lines. There is so much wonderful detail, it's almost as much fun exploring the map as it is exploring the actual territory.

The detail below is just a tiny portion of my map, which stretches from the centre of Bradford in the south up to Ilkley and Otley, west to Haworth, Keighley and Silsden and east to Apperley Bridge and Yeadon. 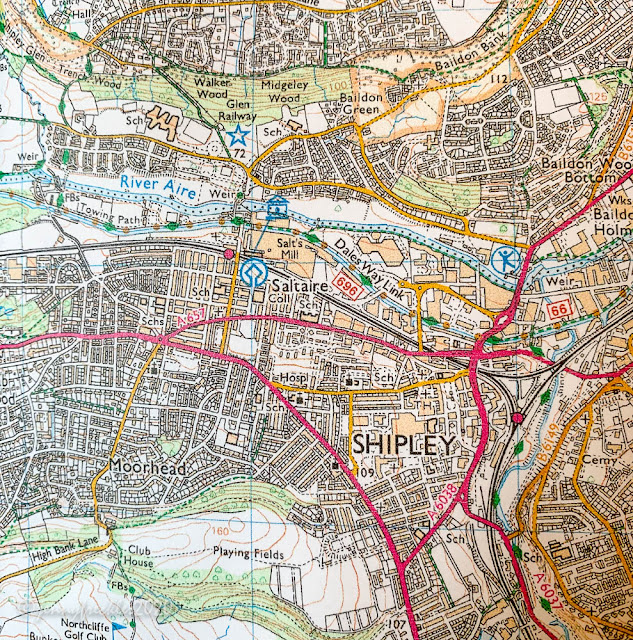