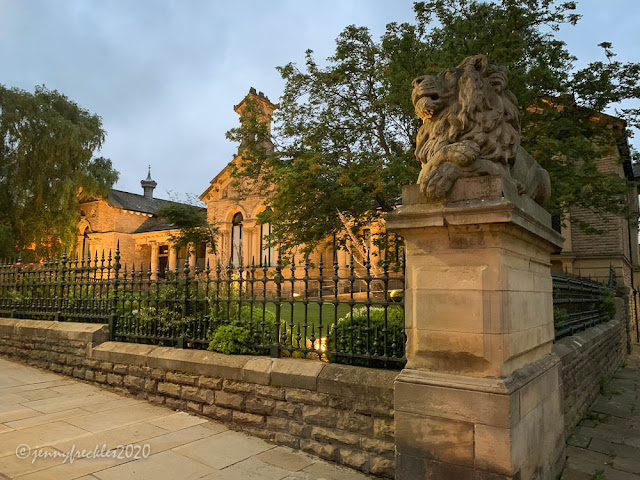 I happened to be walking through the centre of Saltaire at dusk when the sky was still quite light and the floodlights that illuminate the main historic buildings had come on. It all looked rather nice. The lion, Vigilance, still does guard duty, though his name has almost worn off his plinth. The building was originally Saltaire's Factory Schools, opened in 1868 to comply with the 1844 Factory Act that required child workers to be educated for three hours a day as well as working in the mill for 6.5 hours (!)  Children had formerly been taught in the mill's Dining Hall. There was one school for boys and one for girls, in the same building and they took 750 pupils. They had advanced facilities for the time,  including central heating, gas lighting and playgrounds at the rear.  It is now part of Shipley College.
Posted by jennyfreckles at 07:00