A bit of best beef 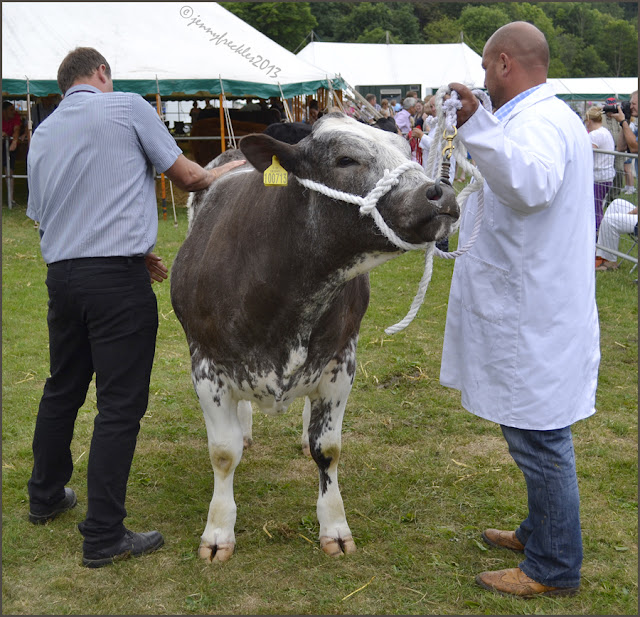 On Saturday, the 132nd Bingley Show returned to Myrtle Park, having been cancelled in 2012 because of the incessant rain. This year it coincided with a heatwave (the crazy British weather!) though in fact on the day there was heavy cloud cover, so temperatures stayed comfortable and I didn't have to worry too much about getting sunburnt, hooray! I had a wonderful day out.

The Show stays fairly true to its roots as a local agricultural show, with classes for livestock and pets, garden produce, flowers, crafts, an equestrian competition and lots of trade stands. But it's also a good family day out, with events to watch in the show arena, a funfair and lots to eat and drink.

I enjoy watching the cattle being judged. This handsome bull was being closely 'hands-on' inspected by the judge and, despite the indignity, remained stoical throughout. His patience resulted in a Silver Medal.
Posted by jennyfreckles at 07:00