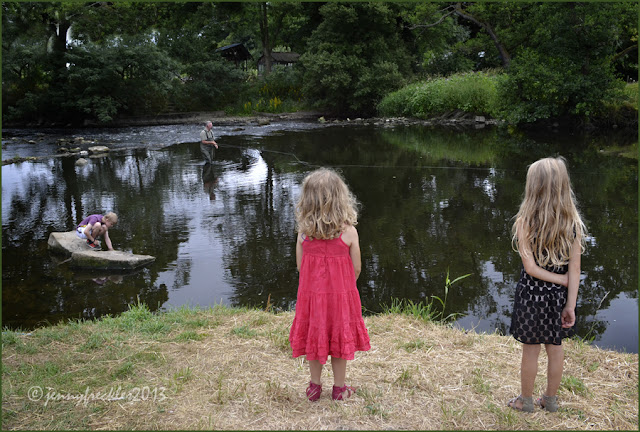 A gentleman standing up to his thighs in the River Aire drew some interested observers at the Bingley Show. He was demonstrating fly-fishing, and managed the considerable feat of talking into a head-microphone, whilst casting his line in that mesmerising way, so that the 'fly' on the end looped and flicked over the water much as a real fly might do. Fascinating, though I won't be taking up the sport. It's said that fly-fishing was a favourite pastime of the late Queen Mother, though I'm not sure I can imagine her thigh-deep in a river. I suppose she took off her crown.
Posted by jennyfreckles at 07:00