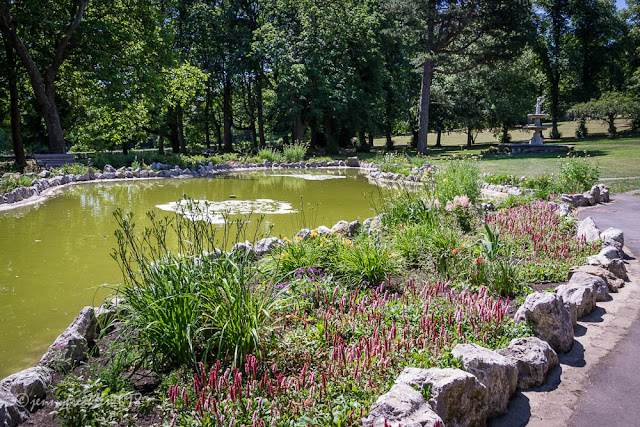 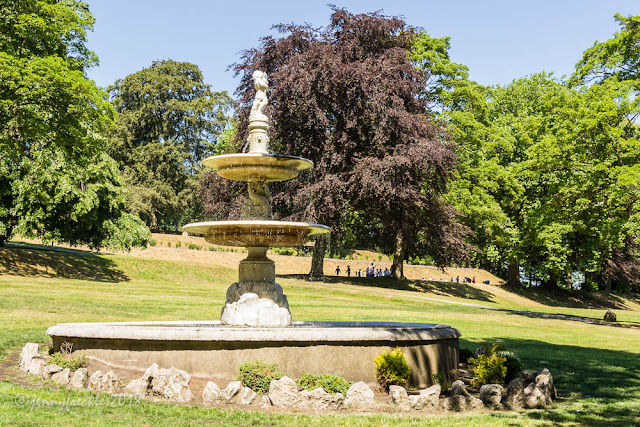 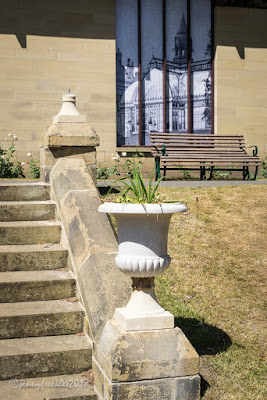 newly retired, I visited a local museum in Keighley called Cliffe Castle. At that time it was undergoing extensive work in the grounds (see here). I've been meaning to go back to see what they did to it and I managed to fit in a visit one day over the summer, when it was very hot and I didn't want to travel too far.

Some of the work has involved recreating a replica of the Victorian lake and fountains in the grounds. (Rather green with algae, due to the hot summer). They had been removed in the mid 20th century. They have also improved the steps and terraces. Sadly, even though the work has only been finished for a few months, many of the decorative urns reinstated on the plinths have been vandalised. It's both shocking and annoying that some people seem to think it fun to spoil things. Rather sad.
Posted by jennyfreckles at 07:00