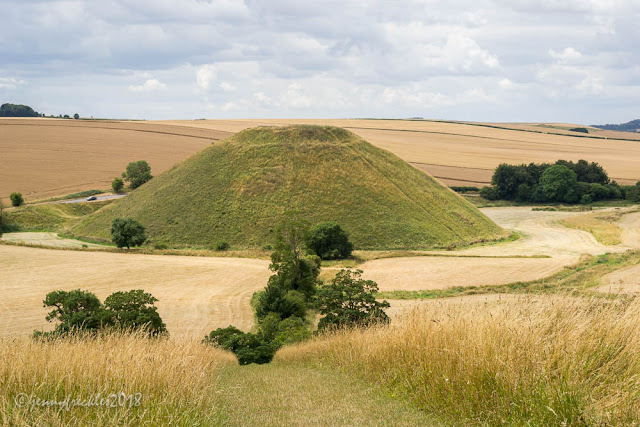 I also walked to Silbury Hill, which is not far from the Avebury stone circle and is quite astonishing. At around 4400 years old, it is the largest prehistoric mound in Europe, 30m high and 160m wide. It was built in stages, starting with a small mound of gravel that was added to over generations. No-one knows why it was built. Though it is equivalent to some of the Egyptian Pyramids in scale and the effort it took to build it, there is no evidence that it is a burial chamber or even intended as one. It's like a giant plum pudding plonked into the landscape!

Nearby, however, there is a Neolithic burial chamber, the West Kennet Longbarrow, built 5650 years ago and used for around 1000 years. The remains of 46 people and various artefacts such as pottery, beads and stone tools have been found within the stone chambers that extend inside for just 13m; the rest of the 100m long barrow is solid chalk. The entrance is blocked by huge sarsen stones but the excavated area behind is accessible and absolutely awe-inspiring - not least because there was hardly another soul around! 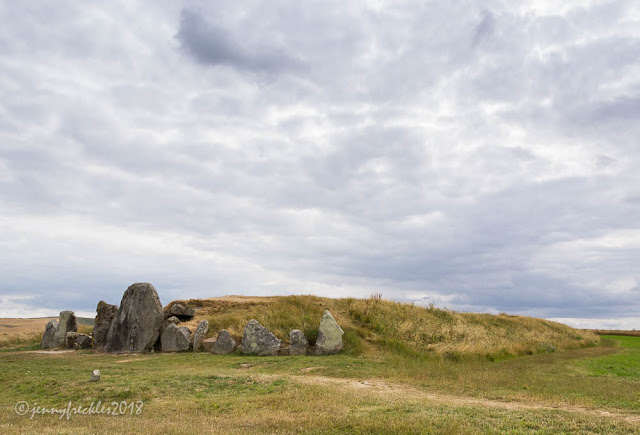 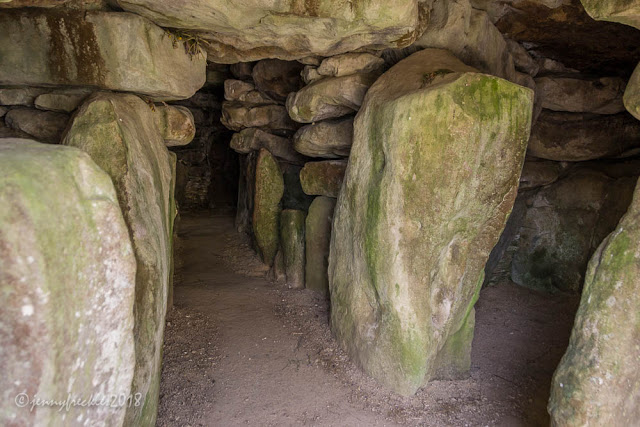