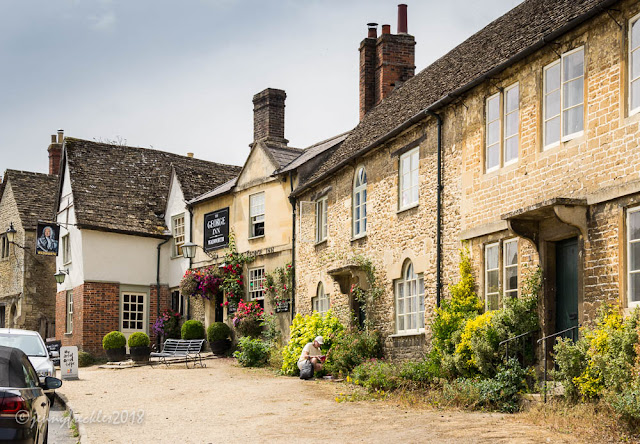 When I set off to visit Lacock Abbey (see yesterday), I had no idea the village of Lacock itself, also owned by the National Trust, would be so pretty. It's a sizeable place, though plagued - like Saltaire and so many of our beauty spots - with cars parked everywhere. These old streets weren't built with cars in mind and have few garages or off-road parking. I spent a while exploring. It was like wandering around a film set - and indeed, Lacock has featured in many films and TV series, notably 'Downton Abbey' and the BBC's versions of 'Pride and Prejudice' and 'Cranford'. 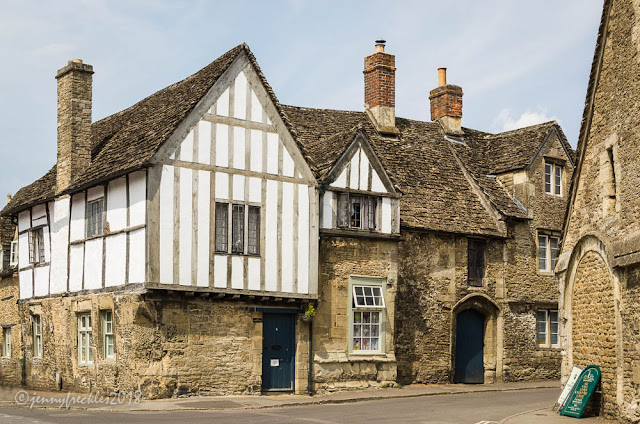 Most of the existing buildings are 18th century or earlier, made of stone or half-timbered with stone roof tiles. The village is laid out in a grid of streets, as a planned medieval estate village. The village's wealth came from the wool trade and outwardly little has changed for 200 years. It is, however (like Saltaire) a living, breathing village. The NT rents the buildings to private tenants and there are shops, cafés, galleries, pubs and an interesting 14th century church, St Cyriac's. 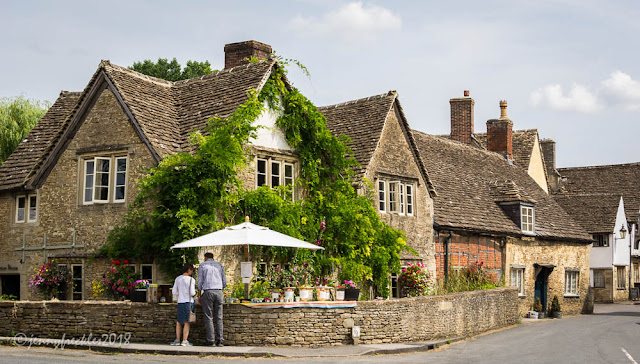 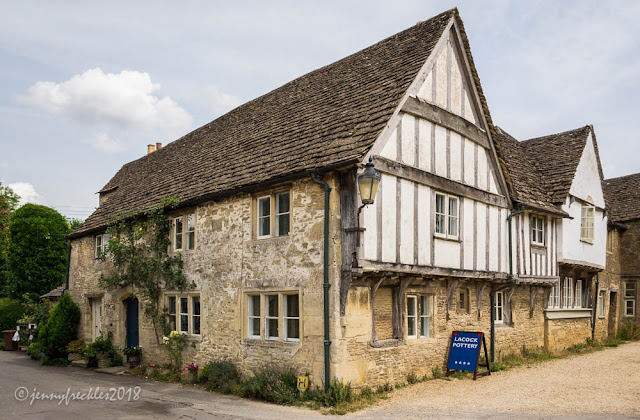 There is a wonderful tithe barn and the old village lock-up (bottom) where they held people overnight for minor misdemeanours. 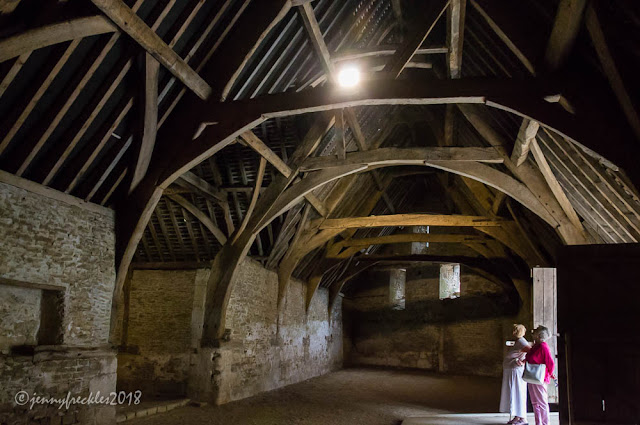 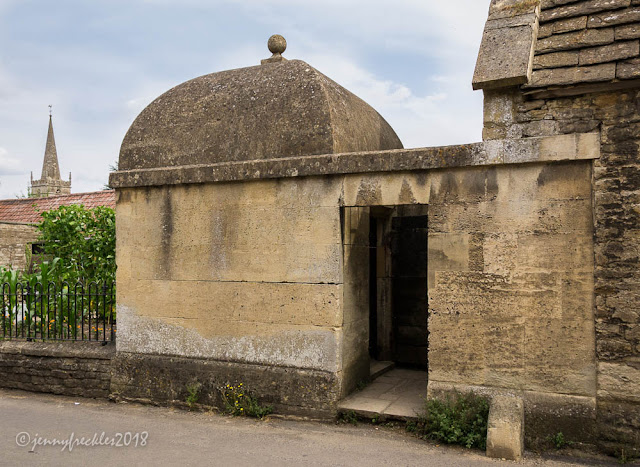