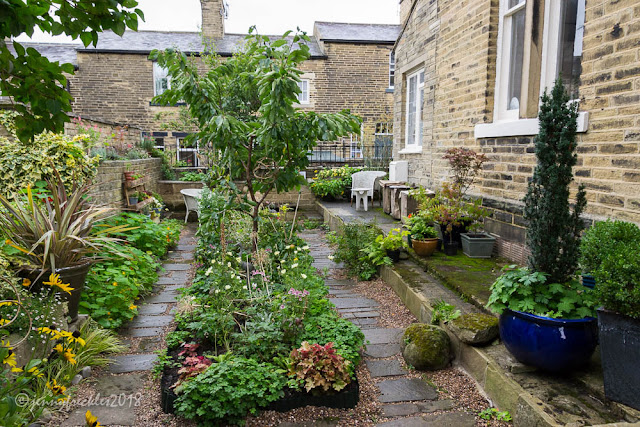 As is now traditional for the first weekend of the Saltaire Festival, a number of gardens around the village were open to visitors, most displaying sculptures as an extra feature. The garden above was created a few years ago on the site of an unused garage. It belongs to one of the large semi-detached houses on Albert Road. I really liked it - so much nicer than an old garage, and there was still space to park a car on the drive. The two photos below are of the same garden, which was featuring an attractive stained glass sculpture of ferns and leaves, by artist Sam Yates. I think the wonderful ammonite swirl was a permanent feature of the garden. 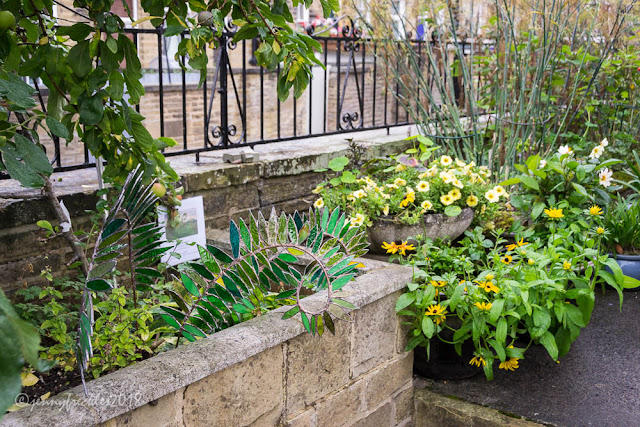 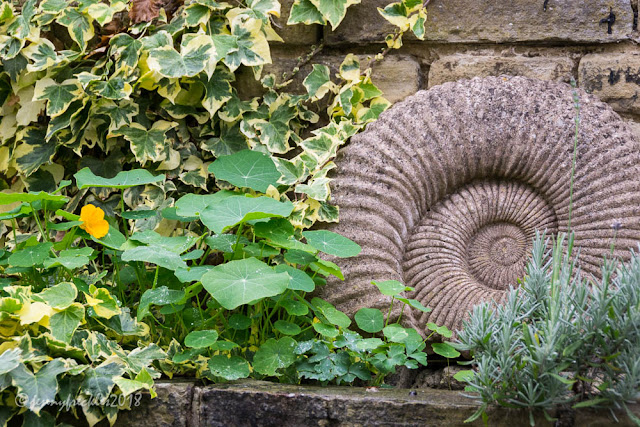 The garden below was in one of the tiny backyards of the terraced workers' cottages. It's amazing how many plants people manage to cram in to these spaces. 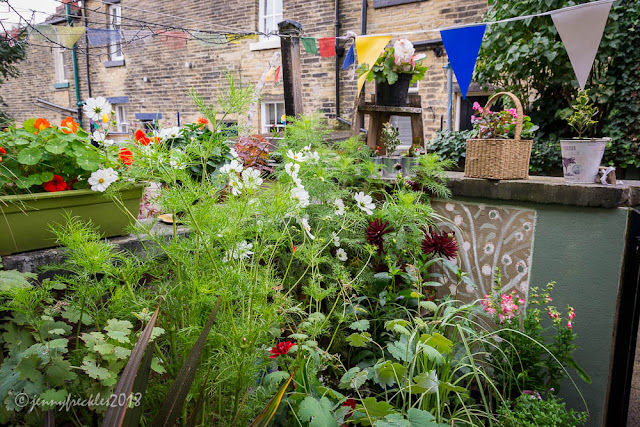 Below, another of the larger side gardens on Albert Road, which also had an attractive paved seating area at the back. 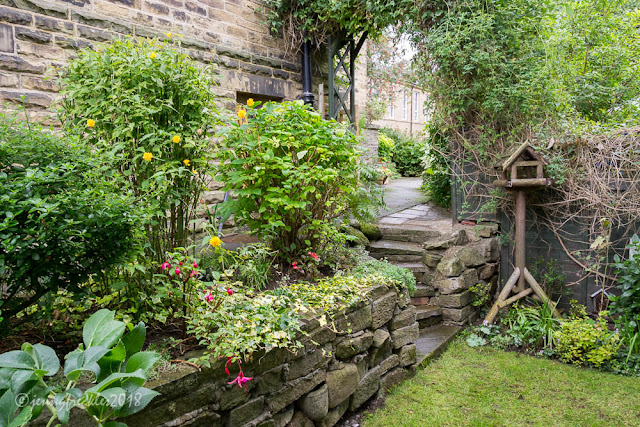 Below, a beachcomber's garden, full of driftwood, shells, nets and rusty items sourced from foreshores. Rather curious, since we're about as far from the sea as you can get in this country. It was enhanced for the Festival by some colourful sea creatures made from felt, by Galina Titova. 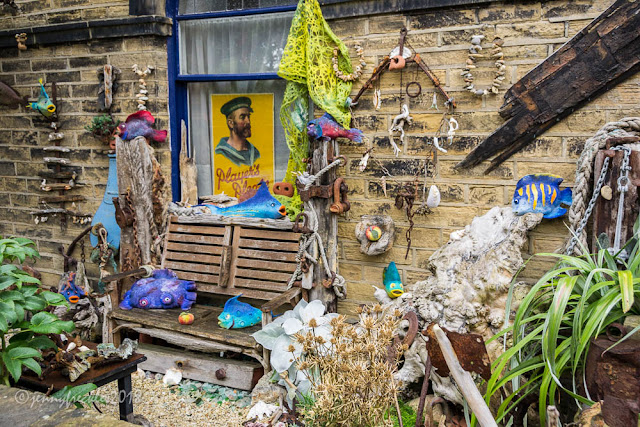