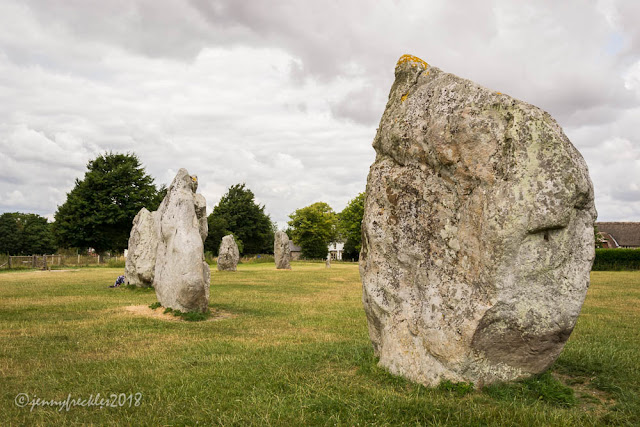 It was another hot and humid day but that didn't stop me having an amazing time wandering round Avebury; again, somewhere I've long wanted to visit. It is a Neolithic (New Stone Age) stone circle and henge, mind-bogglingly ancient. It is believed to be over 5000 years old, even older than Stonehenge. It is likely that it was built at various times in prehistory, probably as a religious or ceremonial site and is part of a much wider prehistoric landscape across the area. The henge is a large circular bank enclosing a deep ditch, three quarters of a mile in circumference. When newly dug, it would have been even deeper than it now appears, a circle of gleaming white chalk. Within it are three concentric stone circles. The stones are huge, and apparently only about half of each one is above the surface so they are twice as big as they appear. It is astonishing that the ditches were dug and the stones quarried, moved and placed upright by our ancient ancestors, using only bone, deer antlers and stone and without the benefit of metal or more modern tools.

There is plenty of interesting information about its origins and archeology online, for example please see HERE. I also happened to watch, recently, a repeat of Episode 1 of BBC 2's 'Sacred Wonders of Britain', presented by Neil Oliver, which included quite a lot about Avebury, very interesting. 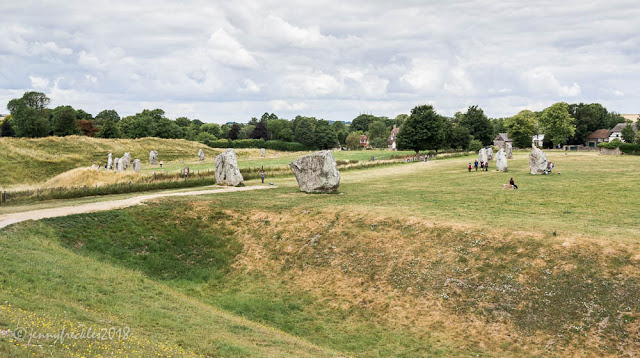 By the Iron Age, the site appears to have lost its original significance and when England was converted to a Christian country, by the early 1300s, the site became associated with the devil. Many of the stones were systematically toppled and buried, until someone was crushed and killed and the destruction was halted. A village grew up, partly within the stone circle. Further destruction happened in the 17th and 18th century and, although some attempts were made to document the site, it was not until an archaeologist Alexander Keiller (whose family made its fortune from marmalade!) purchased the entire site in the 1930s, that it was saved and detailed research and some reconstruction was carried out. 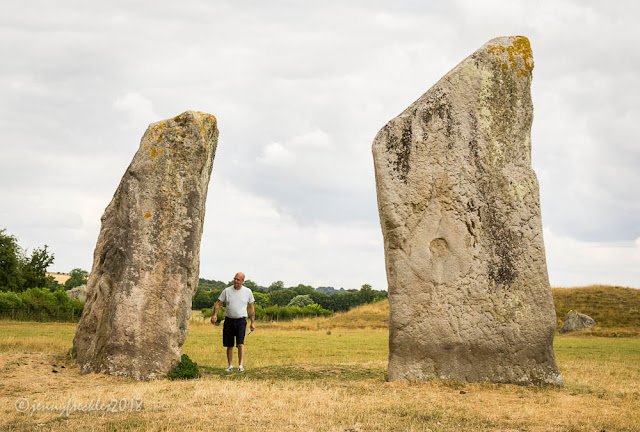 Now owned and managed by the National Trust, Avebury is a designated World Heritage Site. As well as ordinary visitors like me it attracts pagans and New Age types, who believe it retains spiritual significance. There were several people lying with their feet on the stones, presumably 'feeling the vibes', some ribbons and trinkets attached to the trees and bushes and a costumed person of indeterminate gender, engaging visitors in conversation. I doubt, somehow, that they were employed by the NT! 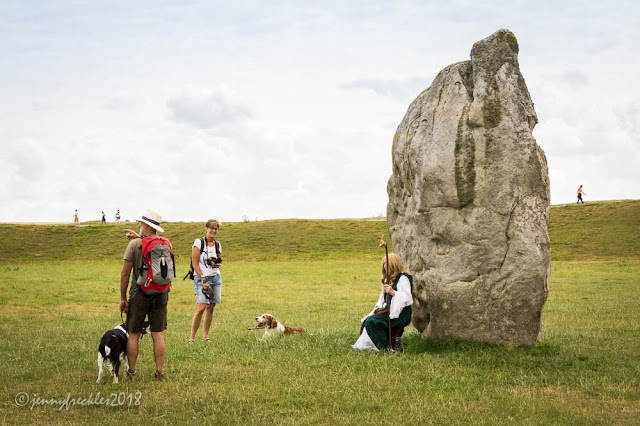 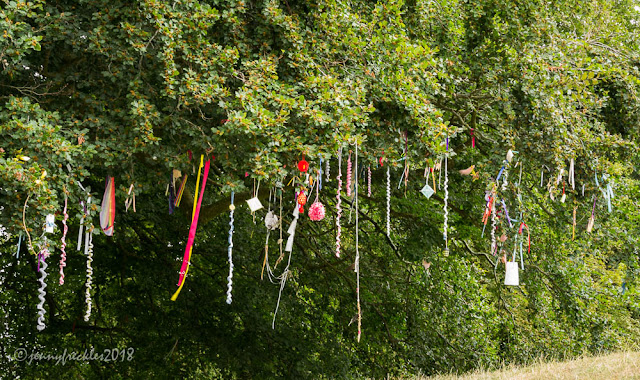 I found it all absolutely fascinating. There is a good visitor centre with some information. I came to realise that the wider landscape was worth exploring too, so I had a good walk away from the site along West Kennet Avenue, a double line of standing stones that leads ultimately to the Sanctuary, another site where concentric circles of stone and wooden posts have been discovered. 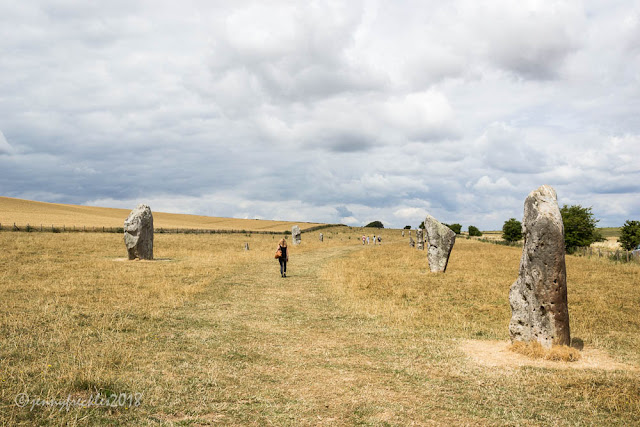