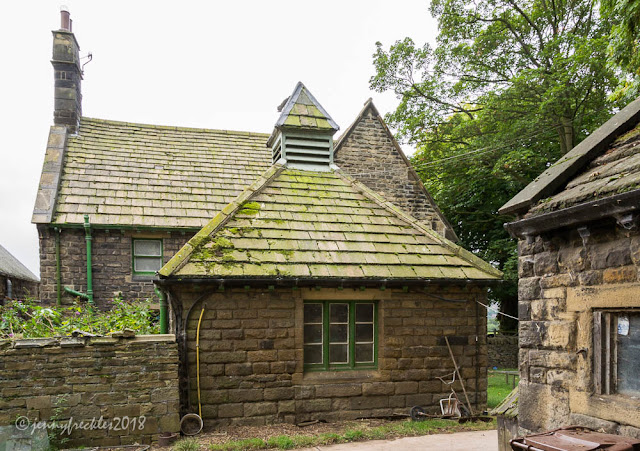 Many of the original buildings associated with Milner Field's model farm still survive in use. Just behind the farmhouse is the small, square dairy (now used as a store), where milk, butter and cream would have been prepared for the folk up in the grand mansion. The outbuildings are built in a U-shape of cowsheds, barns and stables, now infilled with a more modern structure that shelters the huge milk storage tanks. 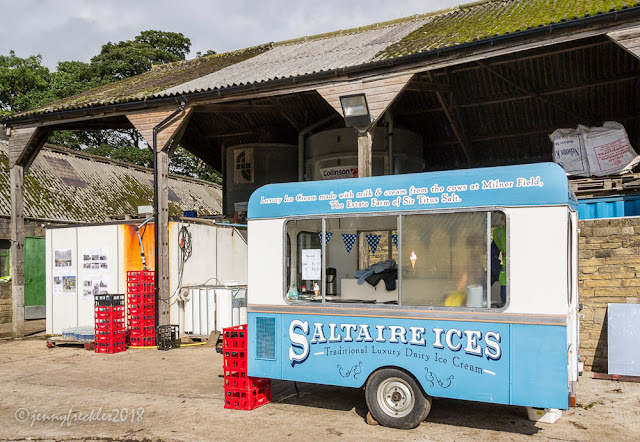 I sampled some of their farm-made ice cream - and very delicious it was, too. 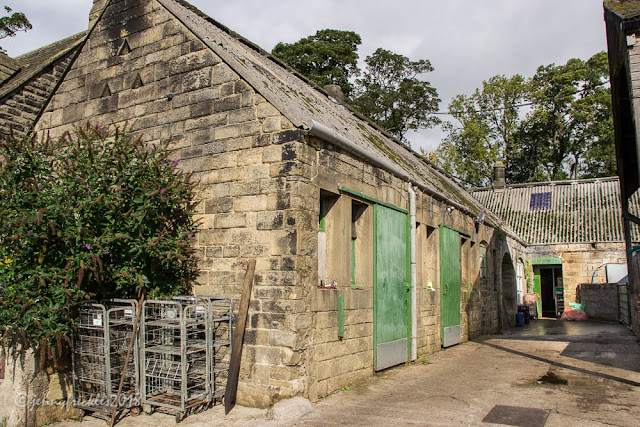 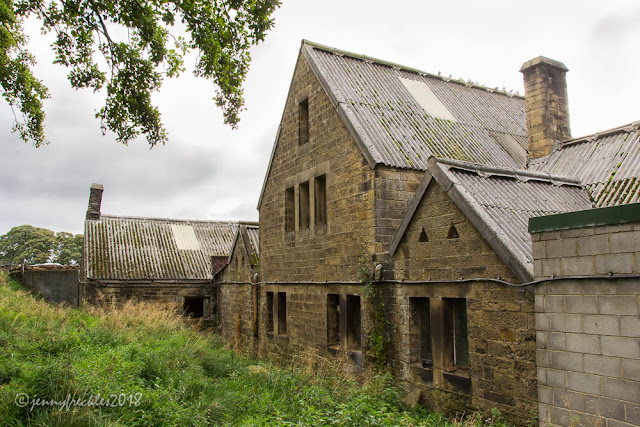 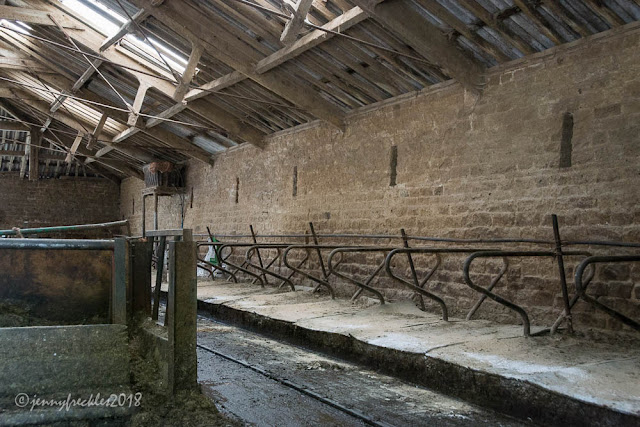 You could see into the former milking shed, though now the cows are milked in a more modern facility in one of the other buildings. I understand that the farm is solely a dairy farm nowadays. Any crops grown are used as animal feed and the few chickens running loose were there to provide eggs for the famer's family. 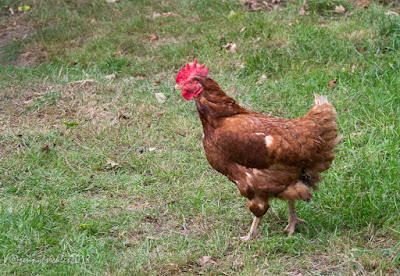 Dairy cows mean calves and there were a few youngsters in the barn. 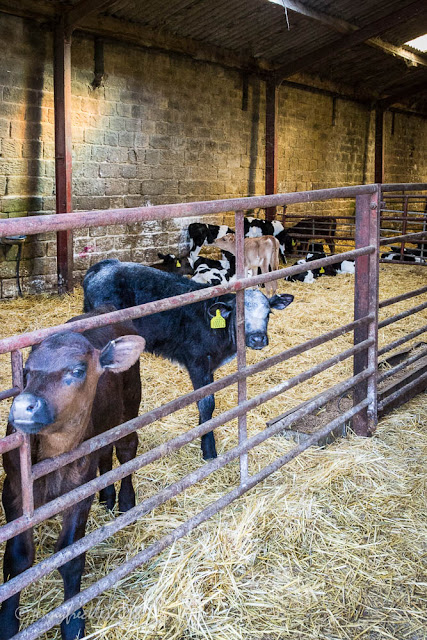 In the field by the gatehouse we saw a very newborn calf, struggling to stand. There were two cows beside it. The one with the white shoulders was its mother but the other seemed to be rather aggressively trying to keep the calf from feeding. I have no idea about cows so I'm not sure if that was normal behaviour or not! 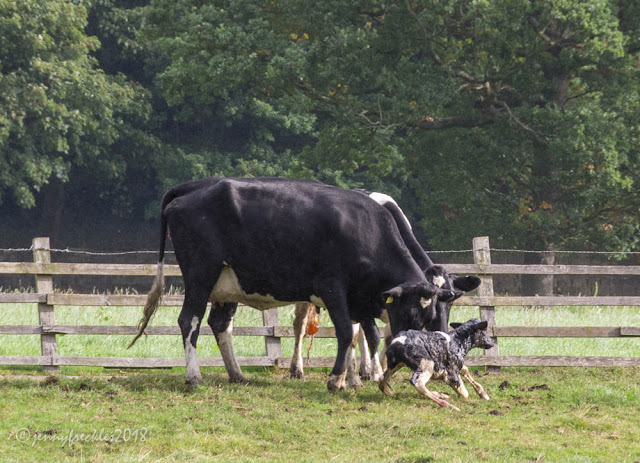