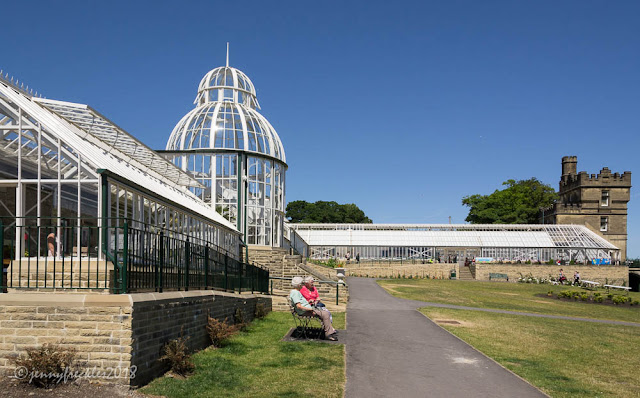 In Victorian and Edwardian times, when Keighley's Cliffe Castle was the home of the Butterfields (see my earlier post here), it was famed for its extensive glasshouses, in which they grew fruit and exotic plants. They fell into disrepair in the 1920s and only a small area was conserved. Recently, the whole park has been improved and restored, thanks to Heritage Lottery funding. Among the works has been a huge project to build new glasshouses, informed by plans, paintings and old photographs of the originals. Part of these is now an airy café and the rest holds plants and displays. The old aviary has also been restored. 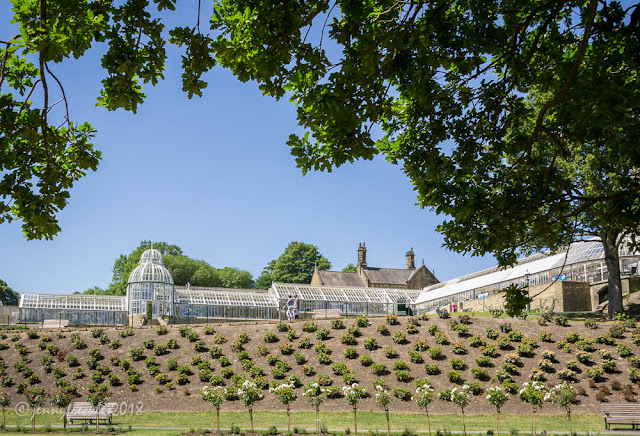 It will look better when the planting gets established, but it is a vast improvement on what was here before.

The glasshouse holds a large collection of fly-eating plants, Sarraceniaceae, which are native to the wetlands of SE USA. With the bright sunlight shining through them, they looked rather attractive. 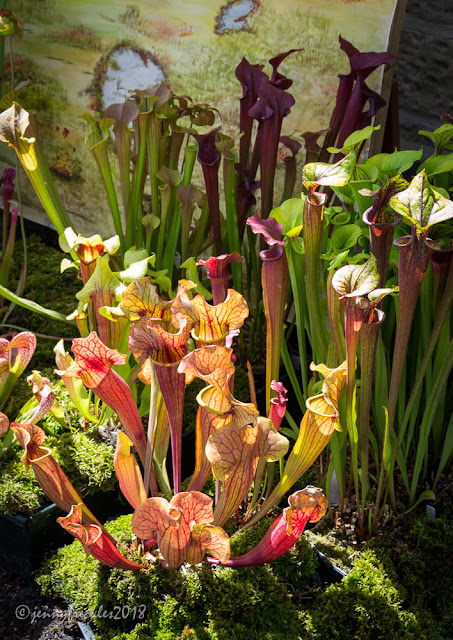 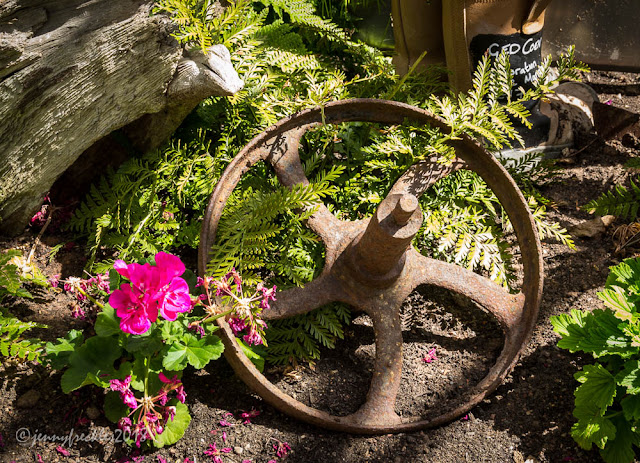 The aviaries hold a few cockatoos and other small birds, and some guinea pigs too. They, along with the rather nice adventure playground, make the museum and park an attraction for families with small children. I thought the little fellow below was quite attractive, though the birds are not easy to photograph due to the mesh screens that are necessary to prevent little fingers getting nipped. 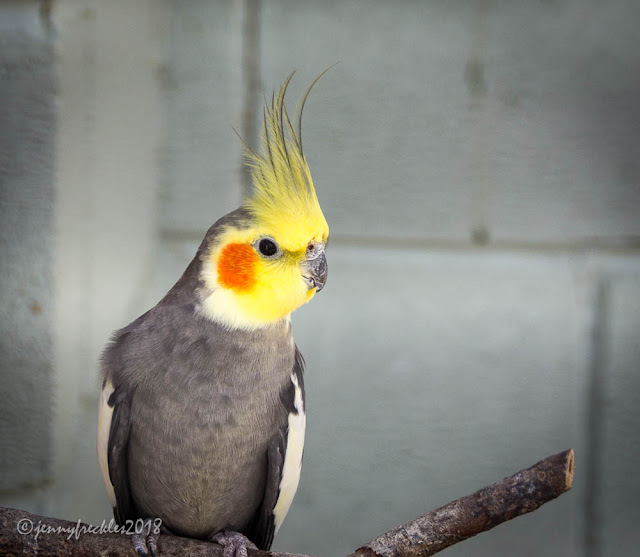