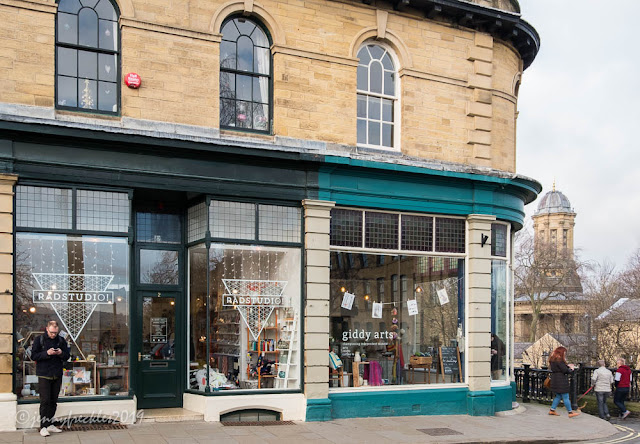 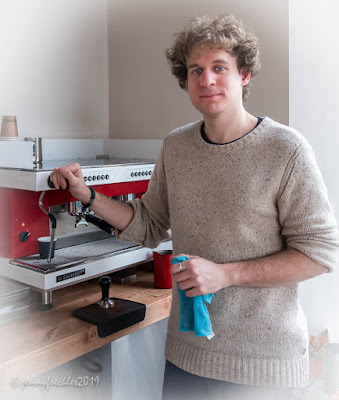 The shop on the corner of Victoria Road and Albert Terrace has been many things. It opened in 1861 and was a flour dealer and confectioner. In the 1930s it was 'Vimto's Temperance Bar', selling soft drinks and it had a counter where you could sit and drink your Vimto. It continued to sell confectionery for years under various owners, until the 1970s. It then had a time when it sold furniture and rugs, and by the early 2000s it was 'Era', selling vintage clothes. (My daughter bought a dress for a Cambridge May Ball there.) The shop closed and then reopened eventually as ArtParade, selling high quality craftwork, ceramics, jewellery, cards and gifts. It was also a gallery showing and selling contemporary artwork, prints and photographs. ArtParade flourished for many years until its owner retired last year.

Now No 1 Victoria Road has become 'Giddy Arts', a gallery 'championing independent makers', mostly local, stocking a growing collection of jewellery, textiles and ceramics. They have also installed a small coffee bar, selling 'coffee to go'. I stopped by after a walk and chatted to Joel, the proprietor, whilst sampling the coffee. It was delicious and I can highly recommend it. I'm not generally a huge coffee fan but I could drink several of their lattes a day, if my waistline would allow it! Top marks for using compostable cups and lids too. The shop has only been open a week or two, so it's early days. As it's right beside the rail station, I could imagine them doing a good trade catering for commuters who want a hot drink to wrap their hands around and wake them up. (I don't know what time they open up.)

It's a nice counterpart to Radstudio at No 2 next door. That's been open five years now and sells a good selection of stylish homewares and gifts.

(Some information taken from the book 'A Penny for Going', the history of Saltaire through its shops, by local historian Roger Clarke.)
Posted by jennyfreckles at 07:00