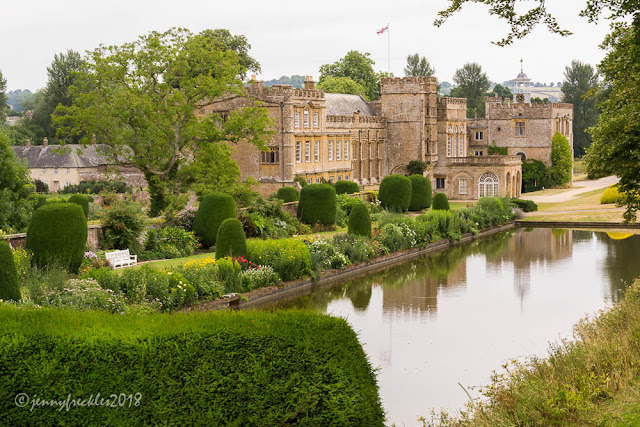 I had a short stay with a friend in Somerset and then drove up through Wiltshire before coming home. My friend took me to Forde Abbey, a wonderful old house with beautiful gardens. It's a former Cistercian monastery that has occupied the site since 1148. At the dissolution of the monasteries in 1539, it passed into private ownership and eventually became a private house, which it still is, now belonging to the Roper/Kennard family. It is open to the public and acts as a wedding venue and film location (the recent remake of 'Far from the Madding Crowd' was filmed here). Some of the original abbey was destroyed or altered after the dissolution. The chapter house is now a family chapel and the undercroft now serves as the tearoom. The house itself was closed when we visited but we enjoyed the lovely gardens. There was a group arrived on a 'garden tour' of the area, which was led by Christine Walkden, a lady well-known from her appearances on TV gardening programmes. We tried to eavesdrop but couldn't really, without making it obvious!! 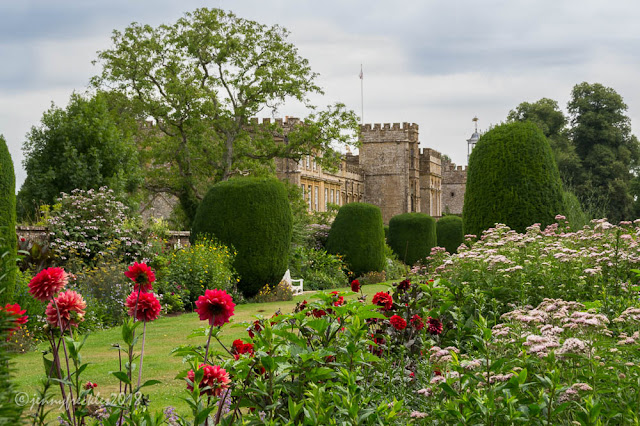 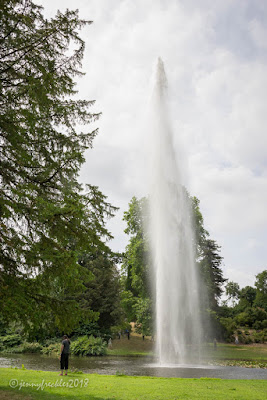 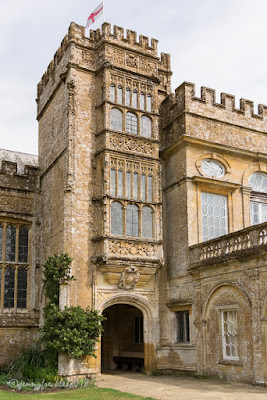 The Centenary Fountain was installed to mark 100 years of the Roper family's tenure at Forde Abbey. It is normally switched on at noon each day and it was spectacular to see it shoot up to 160 feet, reputedly the highest powered fountain in England (though I thought the Emperor Fountain at Chatsworth went higher...) We got caught by the spray blown in the breeze but it was quite pleasant to have a cool shower on a hot, sticky day.

I was intrigued by this drainpipe too, commemorating one of the house's owners, Francis Gwyn Esquire, Secretary of War to Queen Anne 1713. 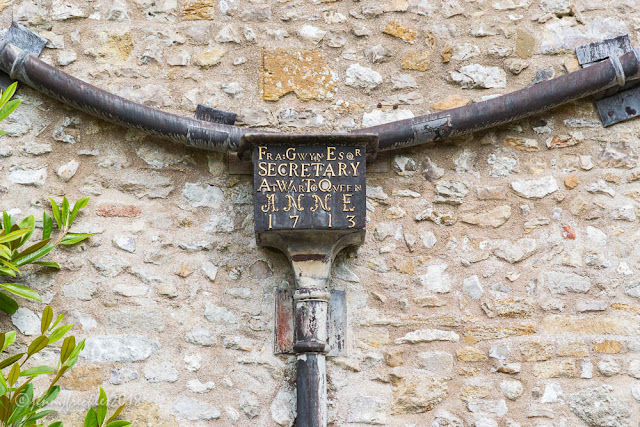