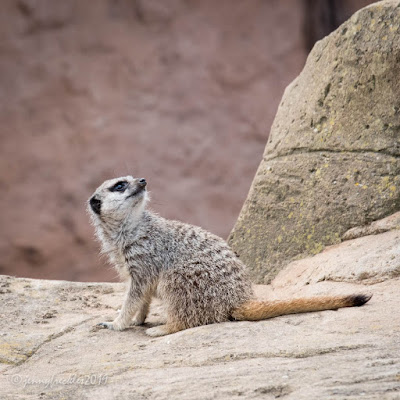 As well as the big beasts, there are plenty of smaller creatures at the Yorkshire Wildlife Park  - cuter, if not exactly cuddly. Meerkats are much more popular since the rise of the insurance comparison site featuring them! They are rather sweet and very funny, alert and active, standing sentry and warning the rest of their clan with alarm calls when danger is lurking.

Squirrel monkeys are highly intelligent, with the highest brain-to-body ratio of any primate, including humans. The one in my photo was figuring out how to use a piece of plastic pipe with holes in. It seemed fascinated by it. 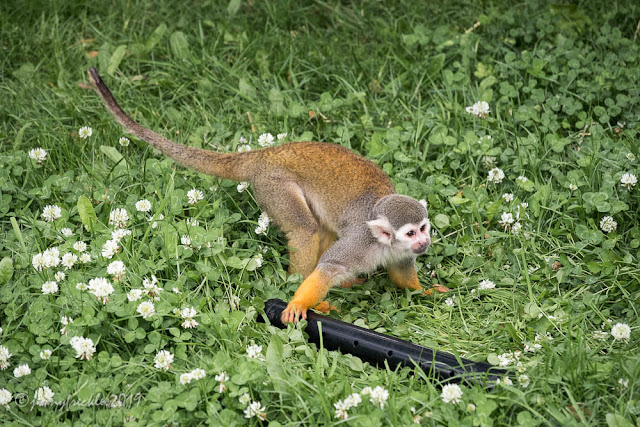 Lemurs are creatures somewhere between a cat and a squirrel, with very long tails. There are two different species at YWP: red-bellied and ring-tailed. Both are native to Madagascar, endangered by land clearance, hunting and climate change. They like to live in groups and were playing and grooming each other. 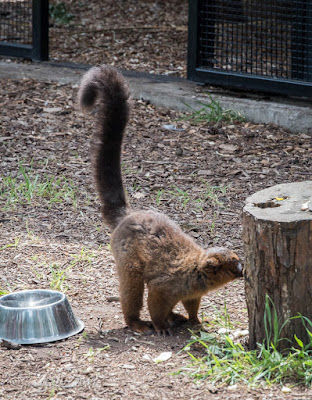 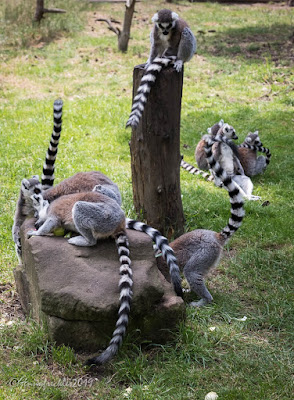 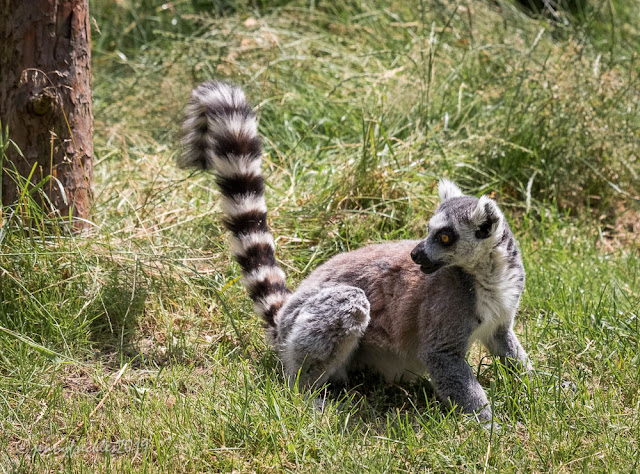 Wallabies are kept at YWP just, I think, for their cuteness factor. Coming from Australia and Tasmania, they are not particularly at risk. They are kept in a grassy compound, among trees, where visitors can walk through on a central path and watch them at close quarters. The animals weren't bothered in the least. The mother below had a tiny Joey (baby) in her pouch, here with its head and a foot poking out, but an older sibling was also constantly trying to stick its head in to suckle. The mum was very patient in dealing with the constant demands. 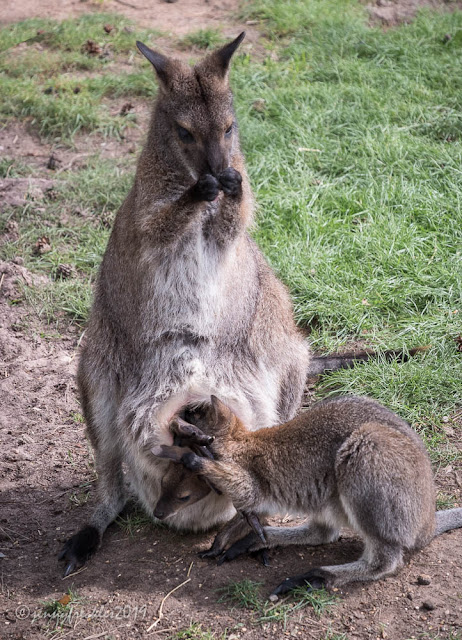 There are so many species of antelope and deer in the world and I can't identify most of them. I don't think I've ever heard of the ones in the photo below. They are Kafue Flats lechwe, which are found only in the Kafue Flats area of Zambia. I thought them very pretty, with their big, dark eyes. Well, I had such a good day out at the Yorkshire Wildlife Park. I highly recommend it to anyone who lives within travelling distance.
Posted by jennyfreckles at 07:00