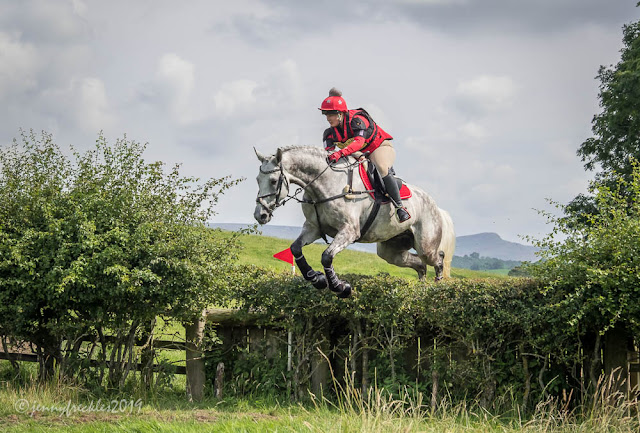 At Skipton Horse Trials, I found it wasn't too difficult to get good shots of the cross-country event, though much harder to get a 'great' shot. (I think you need someone to fall off into the water, to make a really great shot!) Spectators were free to wander the course, though you had to listen for the whistle that indicated a rider coming and make sure you were well-out of the way. I found it tricky to get the exposure right; a lot of my photos were underexposed. Ideally, you need light on the competitor's face and the horse with its ears pointed forwards. I was taking 'burst shots' where the camera takes a few frames in quick succession. Those with the horse beginning its leap were, on the whole, more successful than those where it was landing. They often look very awkward coming down. 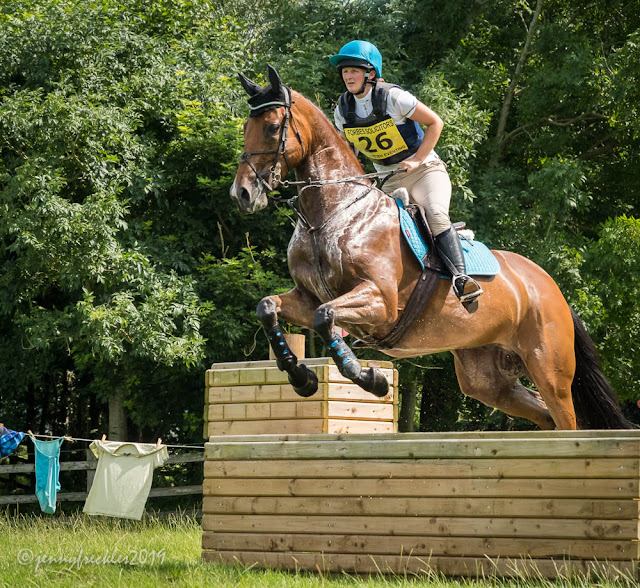 There were several pro photographers, employed at strategic sites to get a shot of each rider. I think it must be fairly boring to just keep taking the same shot over and over. At least we amateurs could move around. Sadly, pros can apparently be a little bit selfish. We'd been waiting by the water jump for ages for the afternoon class to start. A pro came along and plonked himself right in everyone's sightline and refused to move, despite being asked politely to do so! 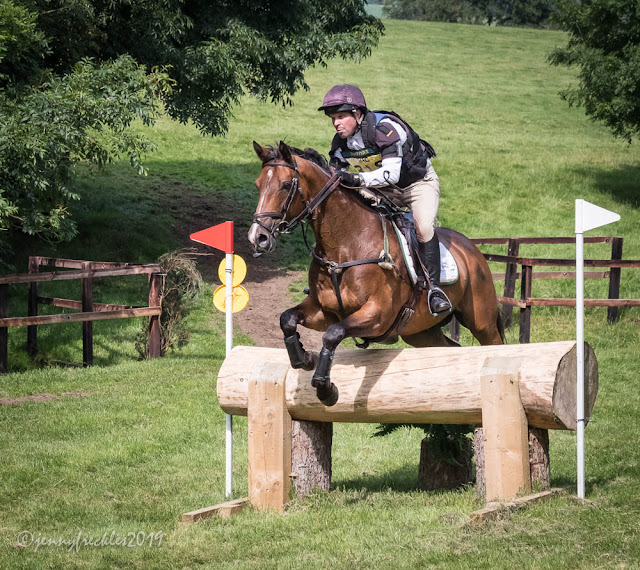 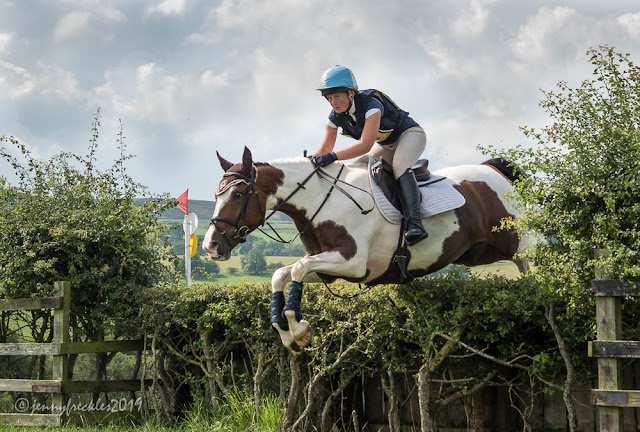 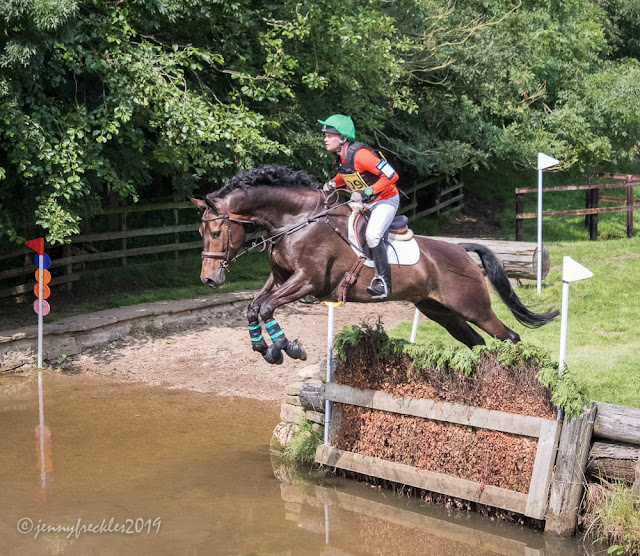 The white poles had signs to indicate to the riders which jumps were to be used. They proved to be a bit of a photographic nuisance! I cloned out two on the photo below, as they looked as though they were penetrating the horse's abdomen and made it look like one of those prancing horses on a fairground carousel. Other than that, I quite like the angle I got on this one: 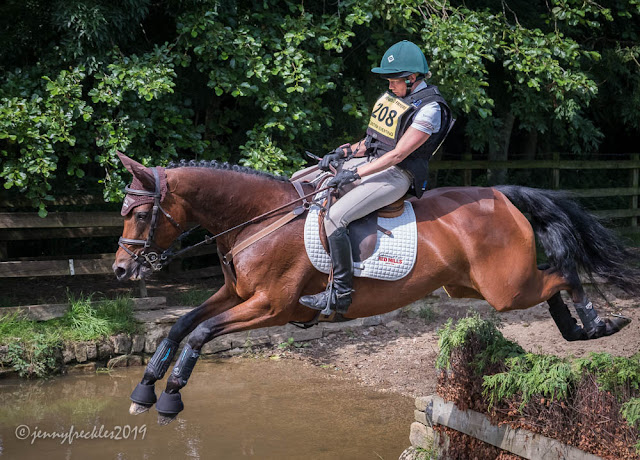