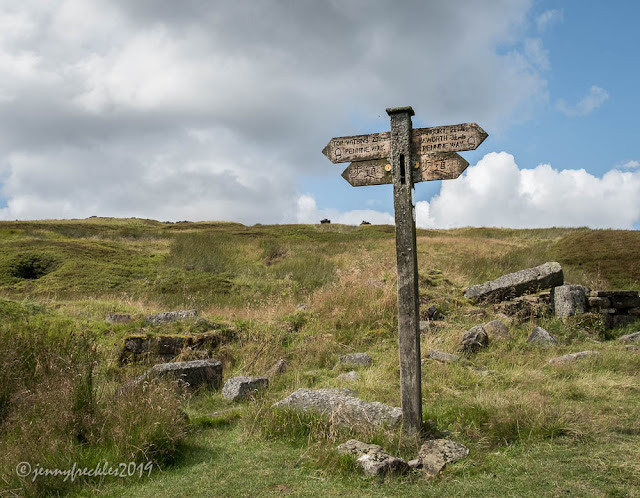 From the Brontë Falls, if you follow the rough track that climbs the valley side, you can walk on to Top Withins, the ruined farmhouse that is reputed to have been the inspiration for the Earnshaw home in Emily Brontë's novel 'Wuthering Heights'. It is spelled 'Withins' on OS maps and most signs but seems to have become 'Withens' in popular culture. Most of the online links I found spell it that way. It is a popular literary shrine. The signposts to it are in English and Japanese! 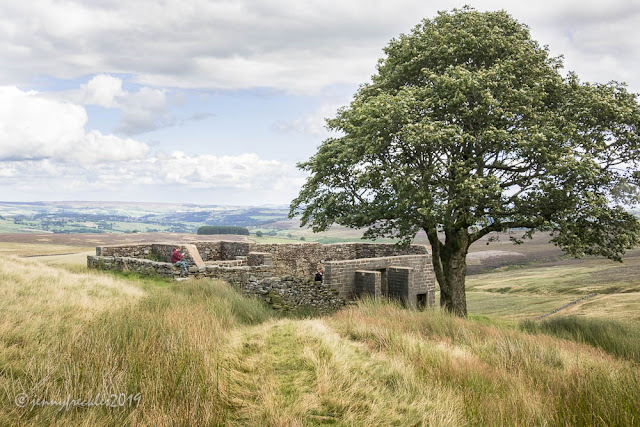 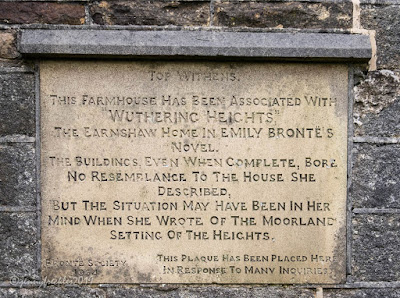 There are plaques explaining a little of its history. The land here was farmed for at least 400 years, until the 1890s. In 1591, William Bentley divided his estate between his three sons, and that probably led to the origins of the three farms: Top, Middle and Lower Withins, all now ruined. This kind of divided inheritance was common in the area and meant that families were forced to support themselves with ever dwindling parcels of land, resulting in much poverty and distress. The land was hard to work anyway and only supported a few dairy cattle, sheep and small fields of oats. Families supplemented their income by hand loom weaving and the men worked in the many stone quarries on the moors.

The views from up here are bleakly beautiful. It's rarely warm, with keen winds sweeping across the moors. It must have been a difficult place to live, even though in those days there was a lot more activity, with people living and working on the moorland. 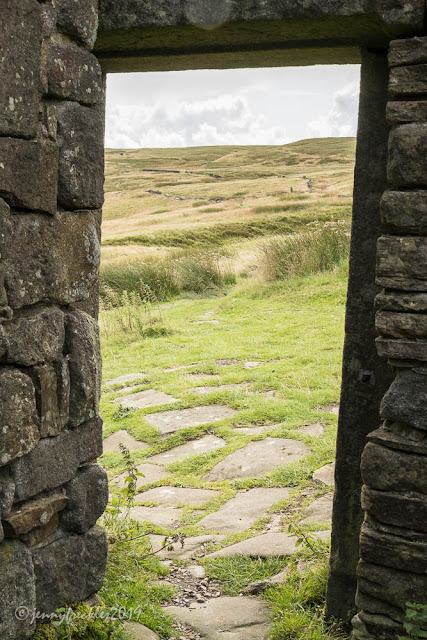 There are a few hamlets and villages nearby but Haworth, the nearest place of any size, is about four miles across the moor. In my photo below, it lies in the dip beyond the trees on the hill. Although the area looks rather flat in the photo, that is deceptive. This is a high moorland plateau, dissected by deep V-shaped valleys cut by small streams and sloping gradually down in the distance to the broad valley of the River Aire, which was originally gouged out by a glacier 12,000 years ago. The steep and narrow gorge where the Brontë Falls is situated is the zig-zag, bracken-filled line on the right. 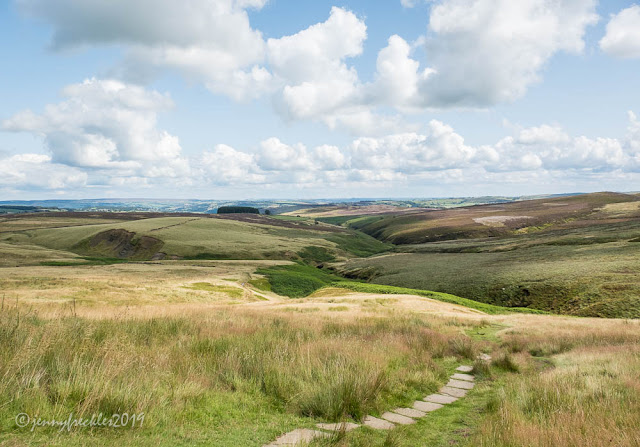