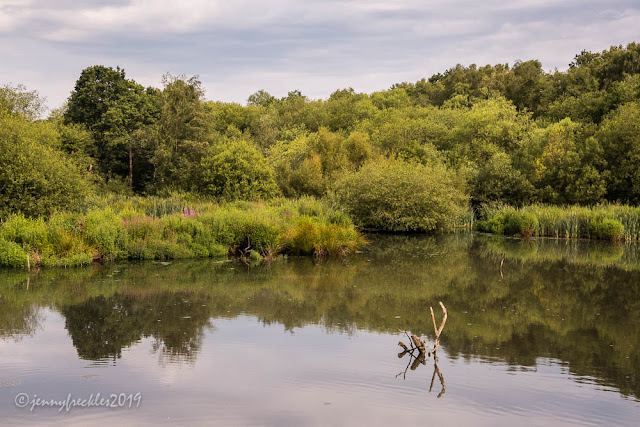 Another camera club outing took us to Adel Dam Nature Reserve on the outskirts of Leeds. I seem to have been making a habit, this summer, of going to places where I really need more zoom on my zoom lens! I would find it hard to carry a large lens around, so I'll just have to make do with the one I've got. I don't usually do a lot of nature photography - and indeed, the first impressions of Adel Dam didn't reveal a lot to photograph anyway, apart from the very peaceful waterside scene. It was a warm, muggy day with not a hint of a breeze so the reflections were near perfect.

Patient observation from the hides, as so often, started to unpack a little more activity. There are several bird feeding stations around the reserve and families of blue and great tits were active. At this time of year, the juveniles still look like pale watercolour impressions compared to their more definitely marked and coloured parents. We saw lots of grey squirrels too, playfully leaping about and shamelessly helping themselves to the peanuts from the feeders, despite measures that had been taken to try to keep them off.

There were a few ducks, mostly mallard, all looking rather dull and 'female', since the males all lose their coloured plumage in the summer. I think I spotted some female mandarin ducks too - much less showy than the flamboyant males but with a distinctive white eyestripe. Then (below) we saw a little grebe (sometimes called a dabchick, which name rather suits it). 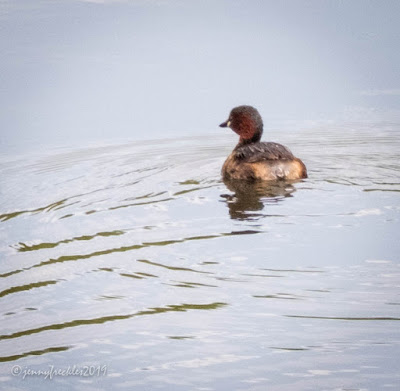 Notable 'spots' at the feeding stations included some great spotted woodpeckers, by far the most common of the three species of woodpecker found in the UK. 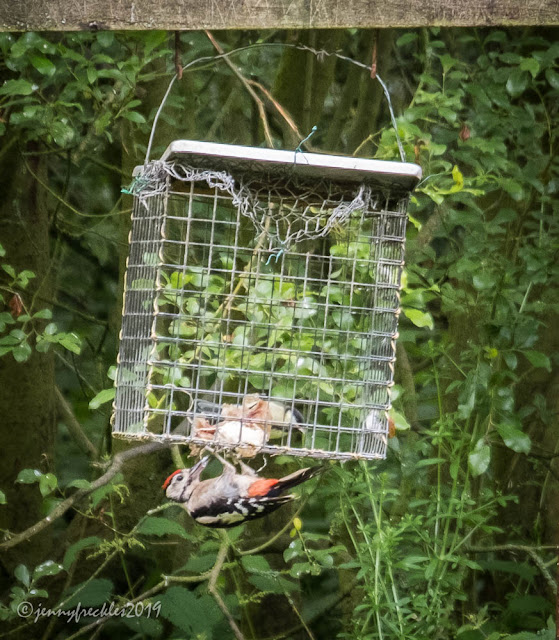 The acrobat above, enjoying pecking at a fatball, is a juvenile, which has a much larger patch of red on its crown than the adult male. It wasn't put off by the great tit pecking away at the top of the same piece of fat.

On the left, the absence of red on the bird at the top suggests this is the adult female, whereas the one at the bottom is, I think, the juvenile again.


The acrobatics were contagious... A jay appeared (below) and seemed quite content to feed completely upside down at the feeder! You wonder how they cling on at that angle! 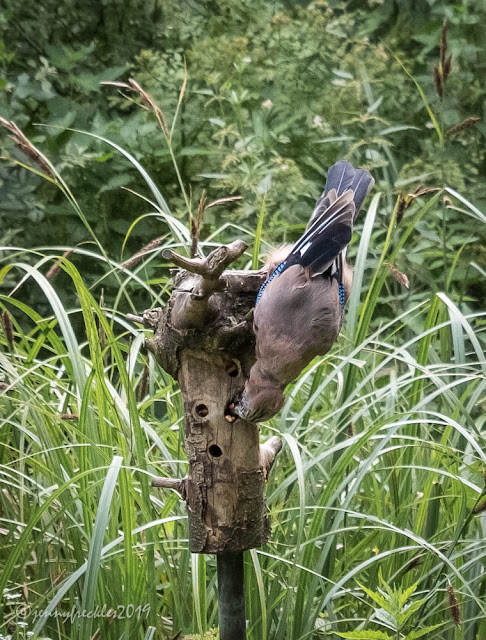