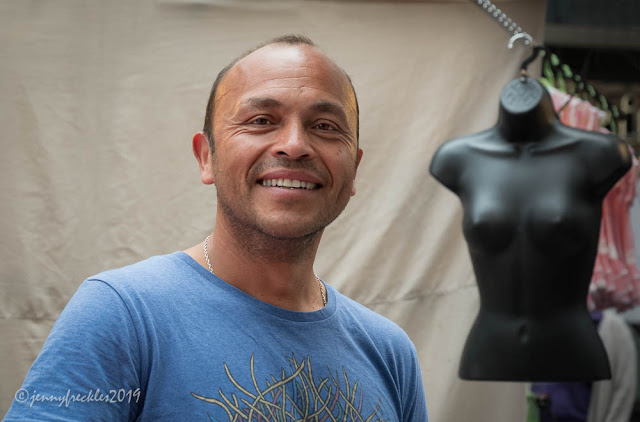 My real Street London challenge, as well as taking candid street shots, was to approach a few people and ask for a portrait. (As I've mentioned before, being profoundly deaf does not really help with that!) I happened, however, to fall naturally into conversation with this young man, who was setting up a market stall selling alpaca wool jackets. We chatted about alpacas and I told him about Saltaire and Sir Titus Salt's discovery of alpaca wool, from which he then went on to make his fortune. After that, it didn't seem too hard to ask for his photo. (It's arguably a better portrait without the mannequin in the background but I've left that in as that was his environment.)

A little later, I was standing on the pavement outside a shop, chatting to a few members of the photo group, when a young man came to the door. Without really thinking, I asked if I could take his photo "to add to my 'handsome men of London' collection"! That seemed to be a good chat-up line, as he laughed and posed readily for me. 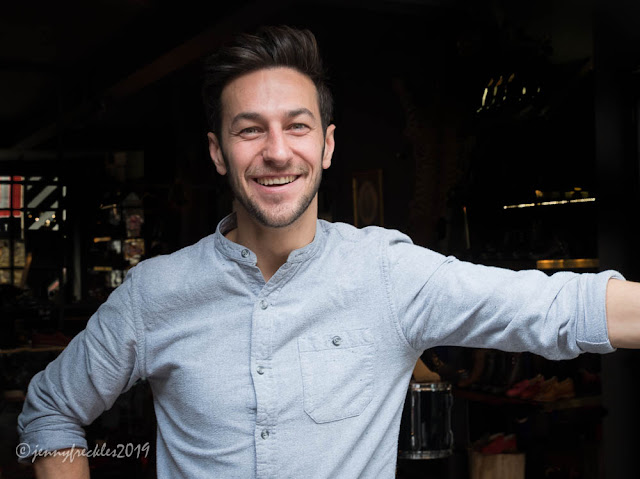 Huge thanks to both of them for being so obliging and - yes - handsome!

The third portrait was a man drumming in the street. He was really friendly too, though I guess he's more than used to being photographed and I did feel I needed to add some coins to his bowl. So it doesn't quite count as a proper street photo, I guess. 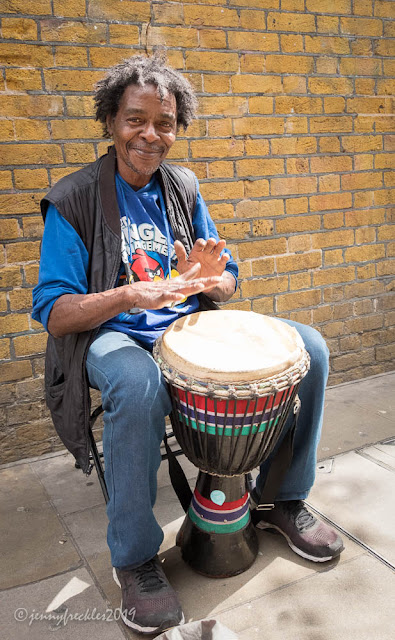 I really wish I could engage in conversation more easily; there are some such lovely and interesting people out there. Mind you, I might get myself into trouble!
Posted by jennyfreckles at 07:00