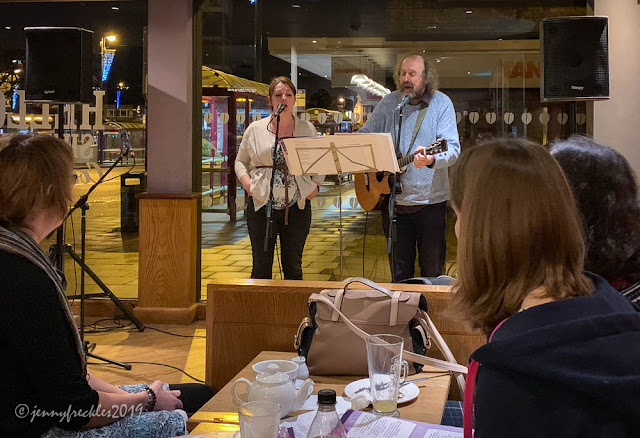 It was the day before the General Election and I was feeling really down and despondent. I needed to get myself into a more Christmassy and generous spirited mood. Shipley Christians Together were advertising 'Carols at Costa' in Shipley, an event in the local coffee shop to raise money for Christian Aid, so I thought I'd pop down and join in. I met up with some friends there and we had a good time singing carols and joining in the general merriment. There was a fiendish quiz, to try and work out the names of some well-known carols! Music was provided by local musician and legend, John Froud, and his daughter. We sang familiar carols and some Christmas songs, including a local version of 'On the first day of Christmas':

and so on, in the same Yorkshire vein! (For the non-Yorkshire folk, a fat rascal is the name of a sweet fruit scone that is a local speciality, especially those made by the famous Betty's Tea Rooms.)

Walking through Shipley market place to get to Costa, I stopped to take a phone snap of the Christmas tree. It has flashing lights, so that is hard to convey in a static shot. It looks, in reality, a little brighter and more colourful than it appears here. It's spoiled every year by the railings around it! 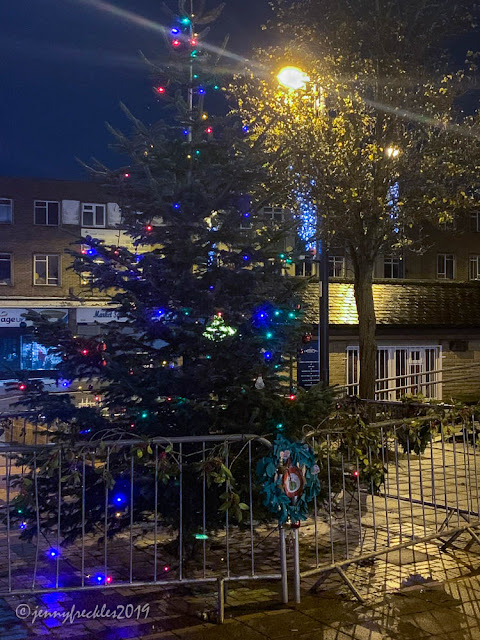