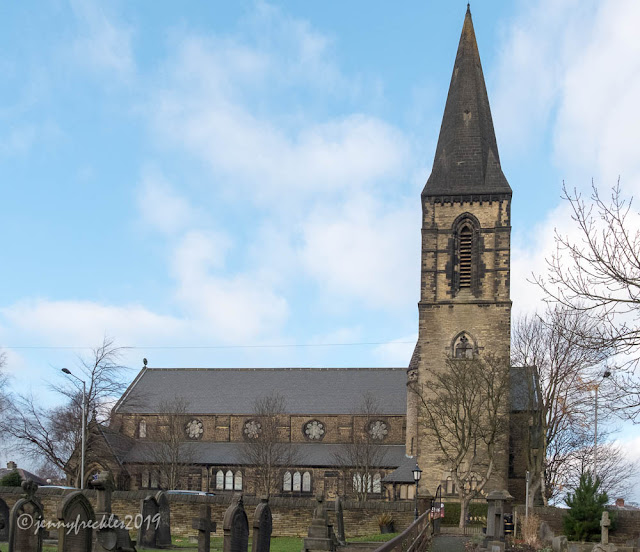 St James Church Thornton, where the Christmas Tree Festival was (see yesterday), is an imposing church with a huge spire, on the road leading to the village of Thornton, a suburb of Bradford. The existing church dates from 1870. With all the Christmas trees inside, I couldn't really see the interior properly but it has some fine William Morris & Co stained glass.

Across the road is the Bell Chapel, which has Brontë connections. Charlotte Brontë and her sisters were born in Thornton and baptised in the Bell Chapel, where their father Patrick was minister for five years from 1815-1820, before they moved to Haworth. The chapel is now ruined. I thought you could explore it, but it was roped off so I assume it is considered dangerous. The octagonal bell tower, covered in ivy, looks like a romantic folly and the surviving east wall, with the tracery of a window and a date stone showing 1612 is also being overgrown by ivy. The late medieval chapel was rebuilt in 1612 and again in 1818 when Patrick Brontë was in charge. It's a pity it is now in a poor state again, as I know that a few years ago a group of volunteers did a lot of work to restore it and make it safe for visitors. 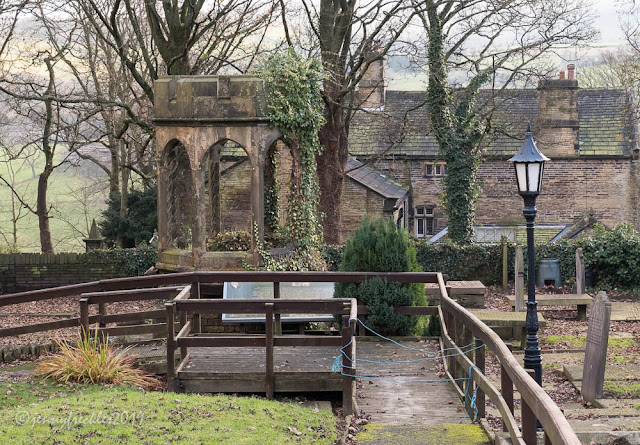 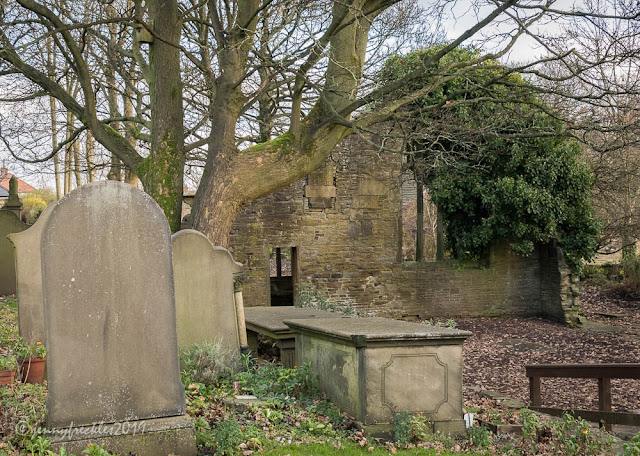