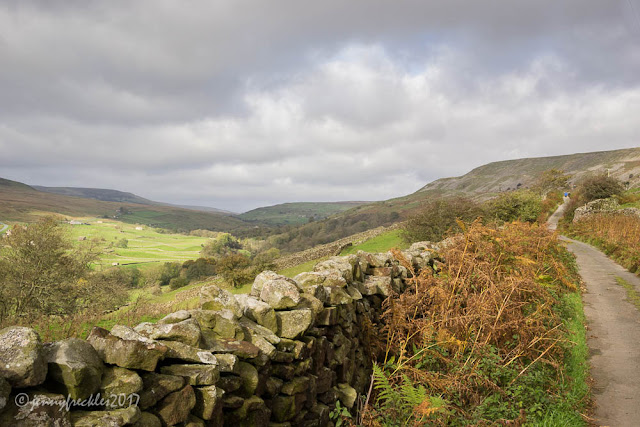 We walked east out of Reeth to Fremington and then climbed an old road (which presumably at one time served the lead mines up on Marrick Moor). It rose up to the top of Fremington Edge, an escarpment that forms the northern side of Arkengarthdale. It was a very steep climb, not helped by the winds whipped up by 'Hurricane Ophelia'. Winds were gusting around 50 miles an hour and it made walking difficult; at times I could hardly stand up!

Thankfully, right at the top, there was a stone wall running along the Edge that provided some shelter but the terrain was boggy and it was still very windy. We then meandered back down the hillside into Arkengarthdale and crossed the valley, climbing again and walking south round Calver Hill and eventually down to Healaugh. Amazing views, even if it was hard to hold my camera steady enough to take a photo! 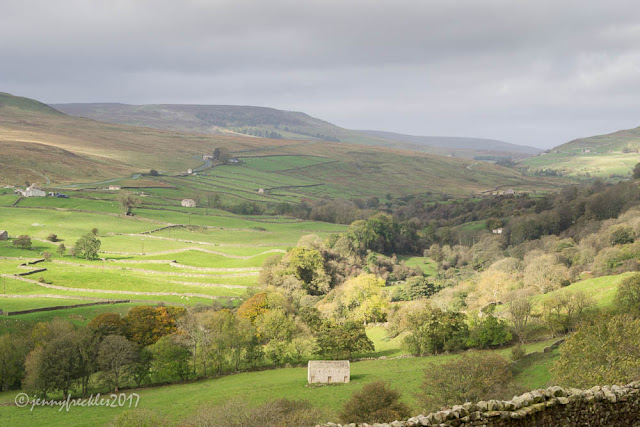 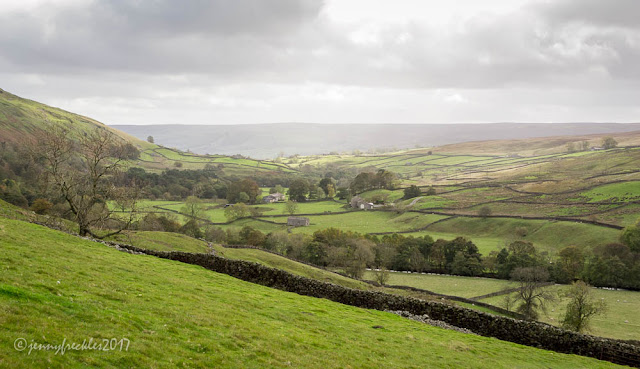