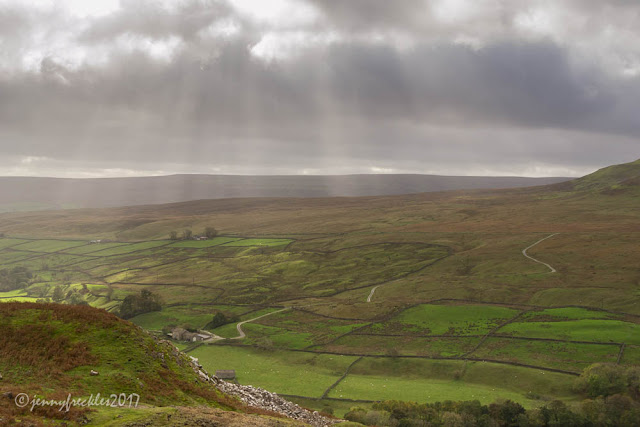 In the early part of the walk up Arkengarthdale, the high winds kept the rain away and the ever-changing light was amazing. Little breaks in the cloud illuminated small patches of the landscape and there were beautiful crepuscular rays.

Once the wind began to die down, the rain and mist closed in, so the return along the river from Healaugh to Reeth was quieter but rather damp. The riverside walk is what is known as a 'corpse road'. In medieval times, the only church and graveyard in upper Swaledale was at Grinton, south of Reeth. (Poor) people had to carry their deceased loved ones' bodies (in wicker coffins devised for the purpose) for long distances from their homes to the graveyard, to be buried in consecrated ground. Corpse roads had flat stones placed at intervals, so that the coffin could be rested. Some of these stones are still there today. 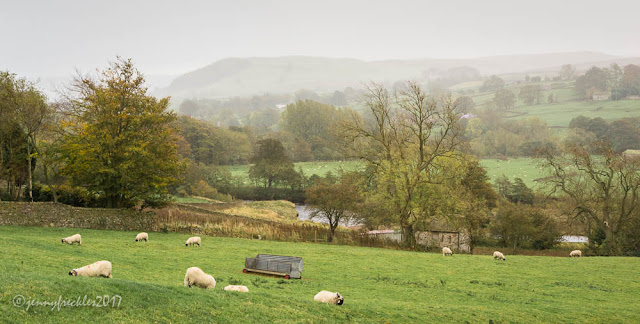