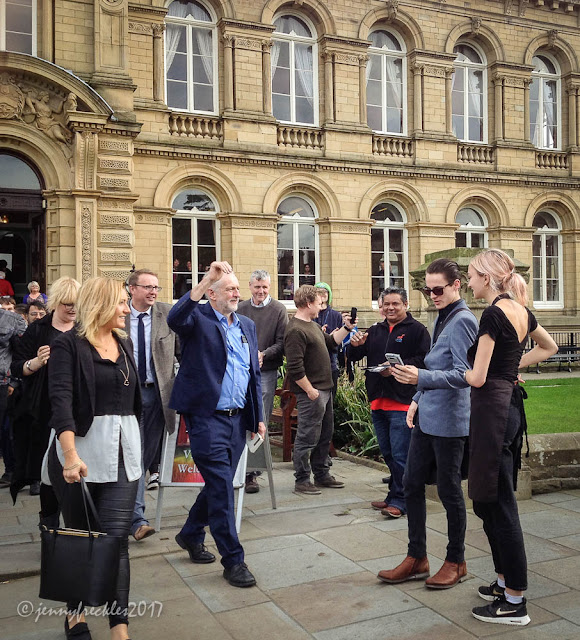 I've always voted Labour and briefly held membership of the Labour party back in the Blair years, resigning over the Iraq war. I rejoined the party some months ago, since I felt they had put together a manifesto for the last election that I could really support. I was nevertheless a little surprised to receive an invitation from the local Labour group, on Tuesday, to apply for one of 100 seats available at a meeting locally, where Jeremy Corbyn, the Labour leader, would be speaking. I was even more surprised on Wednesday to discover I had been allotted one of the tickets for the meeting - on Thursday at the Victoria Hall in Saltaire! It was all rather hush-hush; I suppose they didn't want vast and unmanageable crowds to turn up.

I duly went along. He arrived a bit late (he'd been visiting a care facility) and it felt a little like waiting for a rock star to turn up! Palpable excitement in the room. It was pleasing to see the huge mix of people gathered: all ages and ethnic groups, students, business people in suits, ordinary blokes in jeans and trainers, techie types, young mums and a fair sprinkling of retired folk (the full spectrum... ageing hippies, purple-haired sirens, grey perms and M&S grandmas like me!) How's that for a list of stereotypes !?  but what I really mean is that it wasn't a stereotypical gathering.

Mr Corbyn spoke well and clearly, without notes, for maybe 30 minutes. He talked about the Labour party's history and core values, the development of the current manifesto, the enormous recent growth of the party (now over 500,000 members) and its wide spread of supporters, and about some of the key policy areas in the manifesto. He was serious, though with a twinkle of humour. There was a quiet authority and confidence in what he said, though he was very 'ordinary' and apparently quite relaxed, accepting being the centre of attention but not playing that up. He seemed (to me anyway) very genuine, very sincere and very well-informed. When he talks - about poverty, housing, families struggling with dementia, students, the environment - you can sense that his opinions and views are formed by really hearing people, by being genuinely in touch with the reality of ordinary people's day-to-day lives. He's been a constituency MP since 1983. That doesn't always guarantee that one's feet remain on the ground, but in his case I sense he is a real listener and learner. I heard vision and passion in what he said but sensible pragmatism too.

There was some enthusiastic applause. I actually found myself, several times, saying 'yes' out loud, so heartily did I agree with what he said. There was no time for questions from the floor, which was perhaps a shame (though so often people's 'questions' are actually statements of opinion and so maybe it was sensible to avoid opening things up in that way, in a packed schedule). At the end though, he avoided a standing ovation (which I'm sure would have been forthcoming) by inviting people to come and speak to him and people surged round, asking for 'selfies' and the odd autograph. He seemed mildly amused by it all, very gracious and generous. I think my photos show that what he was doing, as people crowded round, was listening. He has that knack, I think, of making ordinary people feel like they are important and valued. 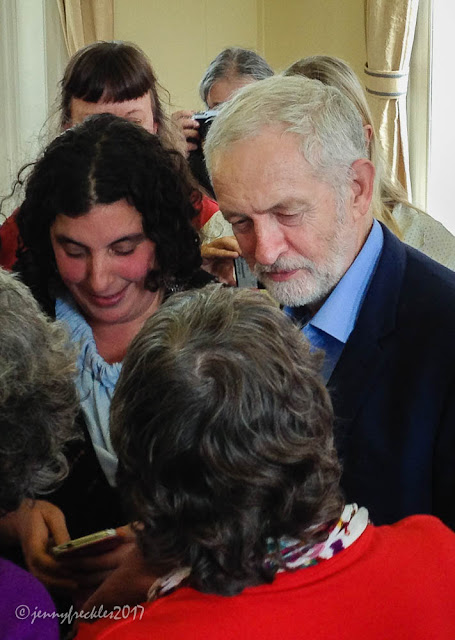 I think I can say I was something of a fan before though I don't tend to have 'heroes'. Seeing him and hearing him speak live, I am now sure that 'what you see' with him really is 'what you get'. If he became our Prime Minister (and I sincerely hope he gets the chance), I think there'd be a radical shift in tone coming out of government, as well as direction. It remains to be seen if he could retain his calm rootedness, under pressure in office. I hope he could. I hope he can continue to seek the collaborative, consensual, informed approach (nationally and internationally) that he seems to believe in. I've never understood why governments ask for advice (from experts and end-users) and then so often seem to ignore it. I don't believe he is 'the messiah'. (Nor does he! He stressed many times that it is all about a grassroots movement, a collaboration, a pooling of ideas.) I know there'd be areas of conflict, as there are in all parties. Perhaps he has things to learn when it comes to effectively managing his team.  But I long to see the policies he espouses given a chance to work, and I long to see a more respectful and caring attitude coming down from the top in our society. It will, I accept, take a long while to really turn the country around. I hope we can. I will work towards that, even if that only means going out shoving leaflets through letter boxes. 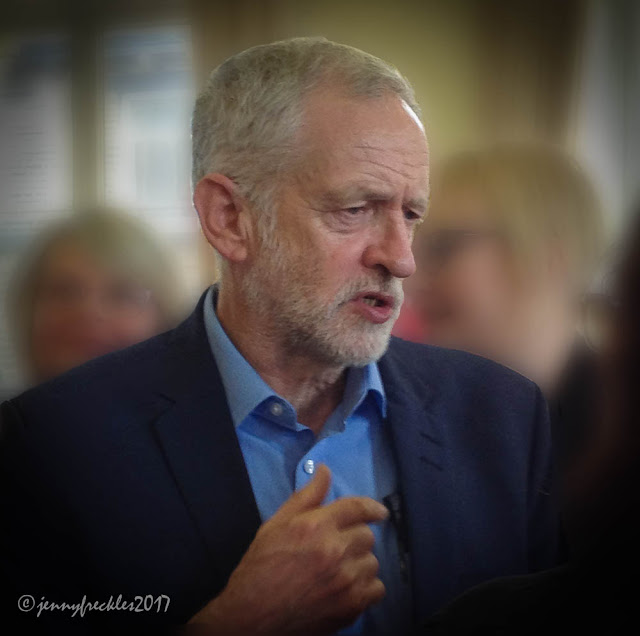 As I say, it was a privilege to experience this and I am thankful.

If you want to comment, please make your comments respectful. I shall delete any that are rude or inflammatory.
Posted by jennyfreckles at 07:00