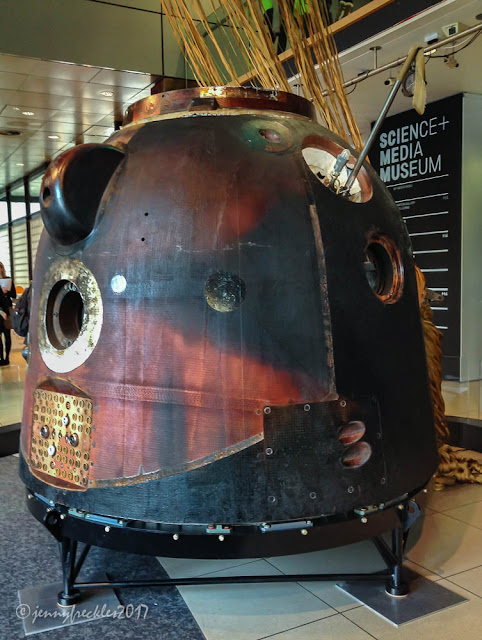 I just had to make a trip to the Science and Media Museum in Bradford to see a spacecraft! It's the Soyuz TMA-19M descent module that brought the British astronaut Tim Peake and two other astronauts back to earth on 18 June 2016, after his six month long mission to the International Space Station. The exhibition is on in Bradford until 19 November and then on tour around the country.

You can see the capsule itself, with all the scorch marks caused when it re-entered the earth's atmosphere, heating up to 1600ºC in the process. Also on display is the huge parachute, the area of two tennis courts, made of nylon (of the type that toothbrush bristles are made of!) with very strong cords woven from steel, which supported and slowed the module as it hurtled back down to earth to land in the deserts of Kazakhstan. 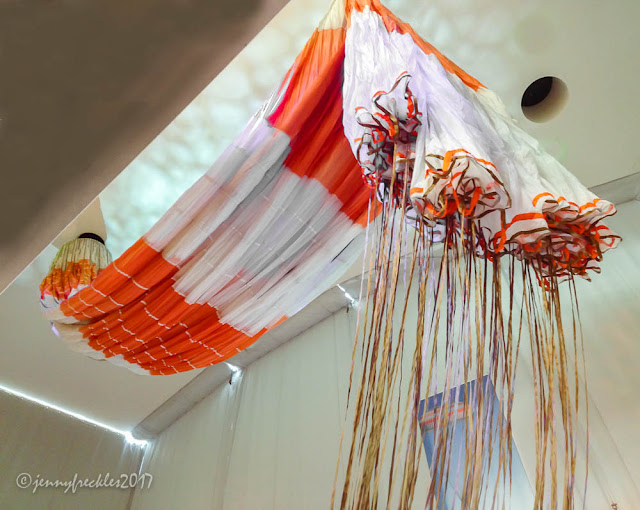 I don't think the space suit was Major Peake's, but you can climb inside it and peer out through the hood. There is also a virtual reality simulation, so that you can experience the space descent yourself. We didn't have tickets for that - but I'm not sure I could have coped with it anyway! 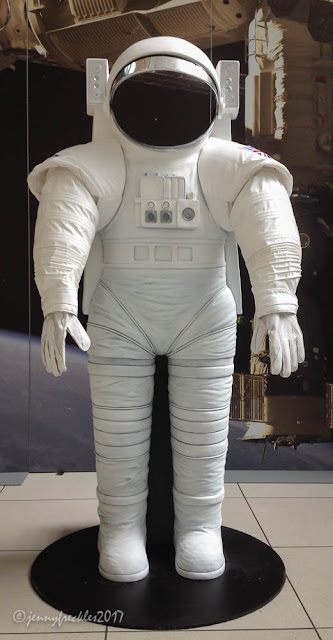 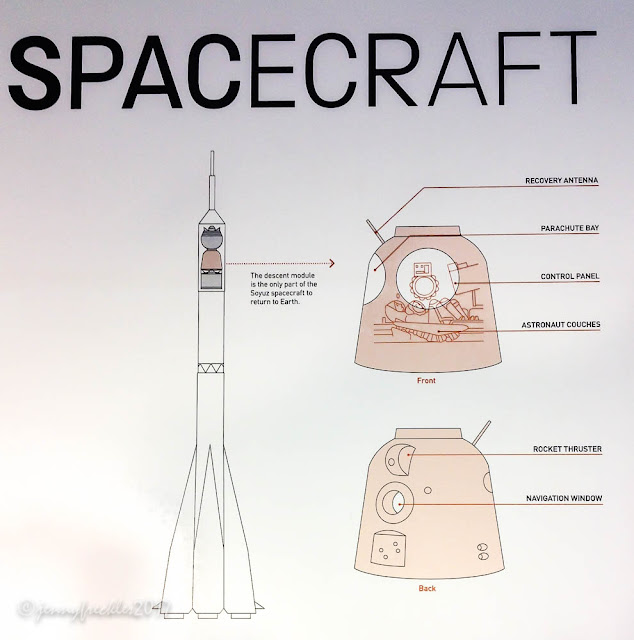 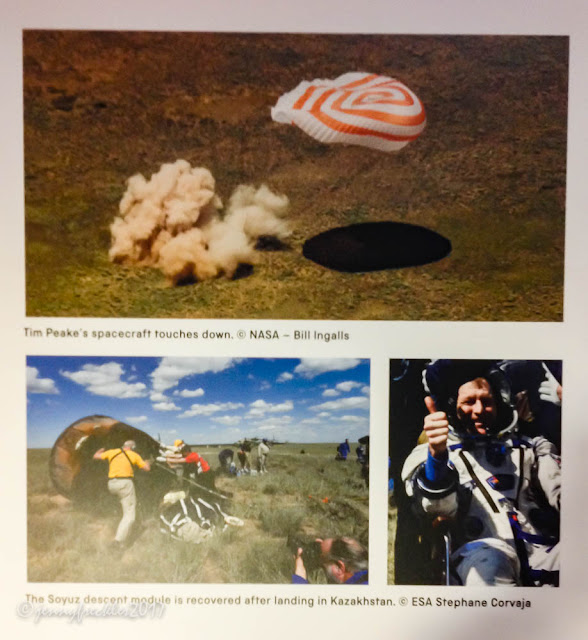