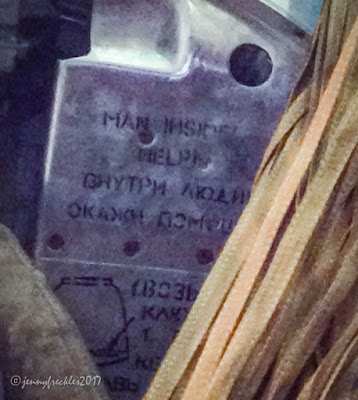 'Man inside. Help!' is the rather poignant message, in English and Russian, on a steel plate on the Soyuz TMA-19M descent module (see yesterday). I suppose that's just in case it landed by mistake in your back garden, instead of on the steppes of Kazakhstan!

I found the whole exhibition awe-inspiring and rather moving. It all looked a bit like something you might have knocked up in your garage! Or perhaps a Victorian diving bell... There was little hint of the very sophisticated technology that it must contain. The outer skin of the capsule, scorched red and black, just hinted at the epic journey the module has been on, protecting Tim Peake and his colleagues Yuri Malenchenko and Tim Kopra as they flew out to and back from the International Space Station. It has done something like 74 million miles in space, docking with ISS and orbiting earth for six months in 2015 -16. 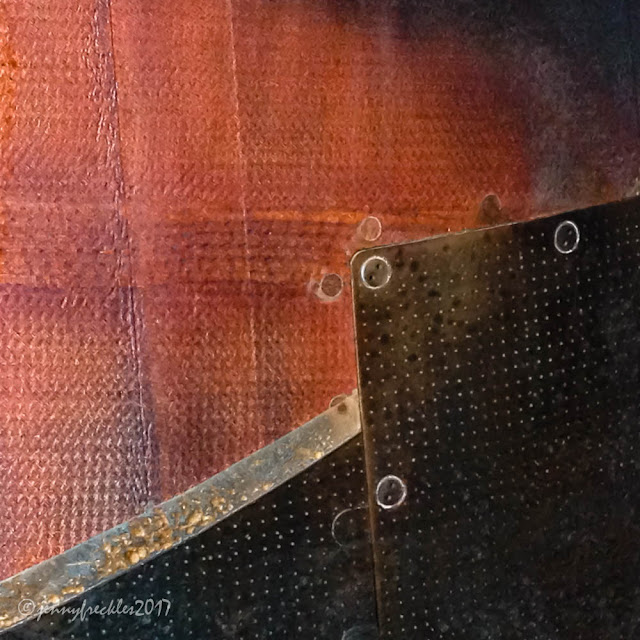 The scorched and charred skin. 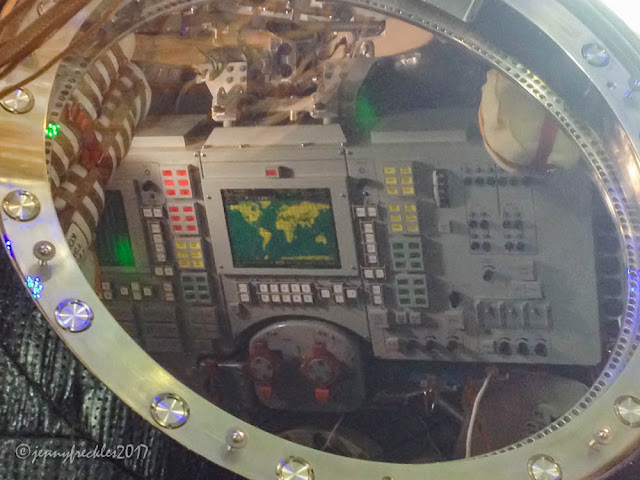 A glimpse of the control panel in the module. 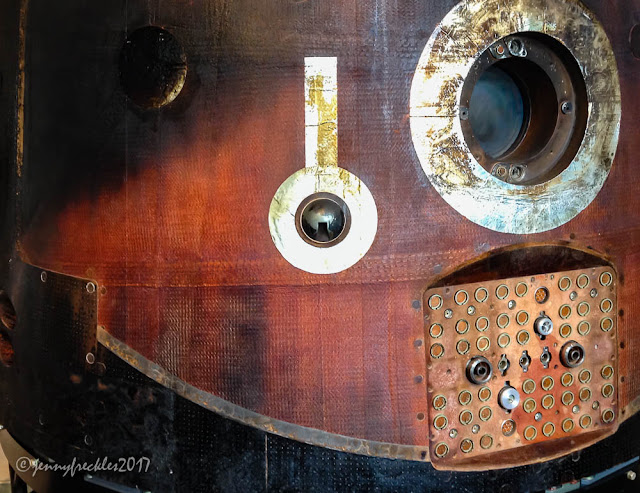 The navigation window and a panel that linked up communications between the module and ISS. 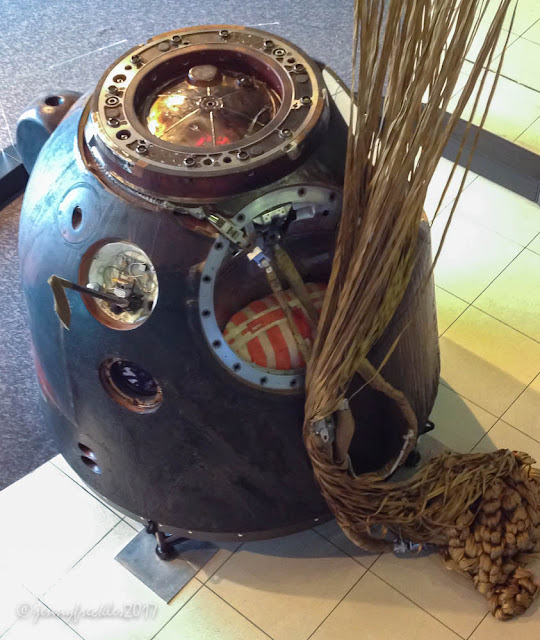 View of the module and the steel cables that attached the parachute. The little flag sticking out is the 'black box' antenna that enabled the recovery crew to locate the module on its return to earth.

(iPhone photos, so the quality is not the best, I'm afraid.)