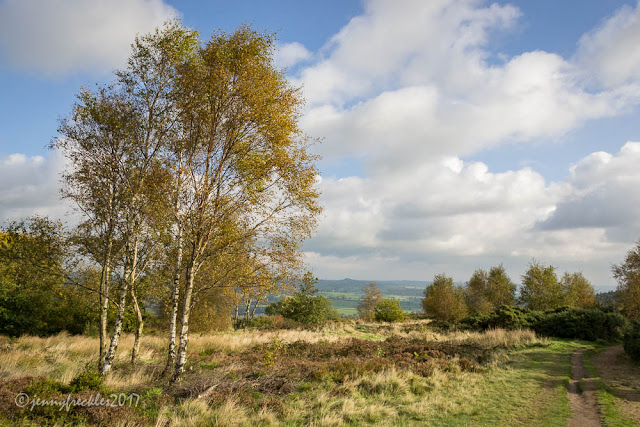 The top of Otley Chevin is rough heathland, bordered by a road called Yorkgate, which is thought to follow the course of a Roman road that linked the Roman towns of Ilkley, York and Tadcaster. These days it is fairly peaceful up there, though The Chevin attracts a lot of dog walkers. The sound of Roman chariots is replaced by the intermittent roar of jet engines from the nearby airport: chariots of fire, maybe.
Posted by jennyfreckles at 07:00