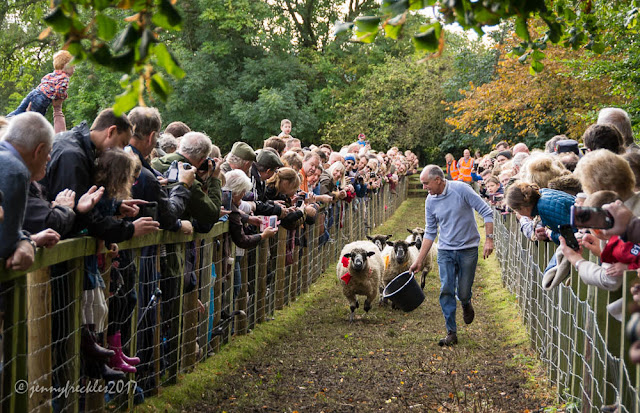 Among the events at Masham Sheep Fair are the sheep races. Four sheep are enticed along a run, with the promise of some food. They all have ribbons and there is a sweepstake, betting on which sheep will reach the food trough first. It's a light-hearted way of raising money for charity.

However, there has been a petition raised by animal rights activists (who have probably never even seen the 'races') to have them banned as being cruel. To be honest, the sheep didn't look in the least uncomfortable or frightened to me. The crowd weren't roaring noisily and the animals were just running after the food, which I have often seen them do in the fields when the farmer arrives with the buckets. 'They don't know they're racing. They aren't actually racing. They're just trotting for some food.' It's hardly bull-running, as the local paper pointed out. They don't get stabbed at the end! 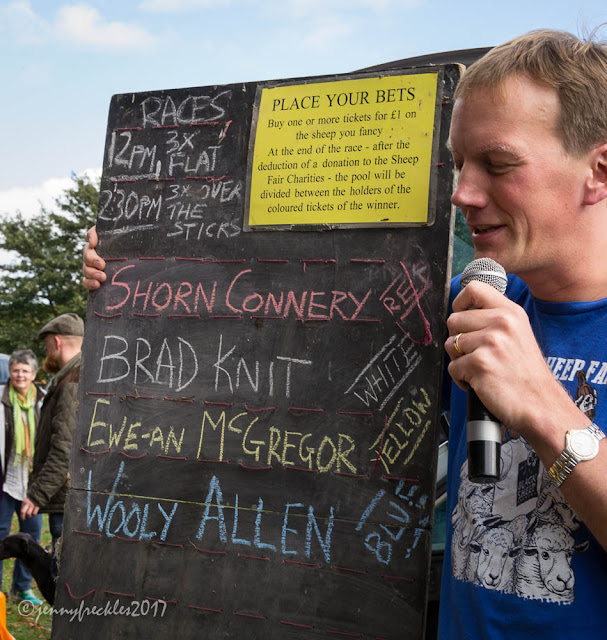