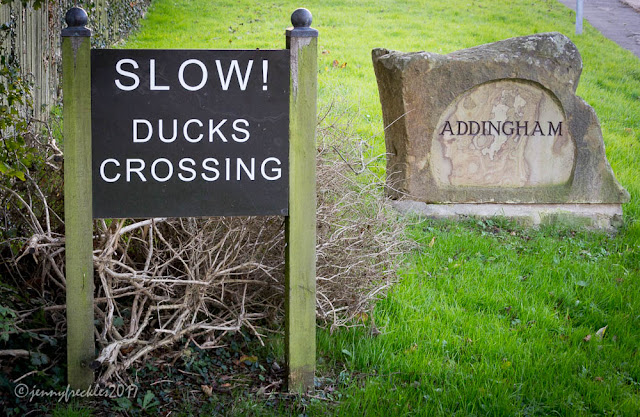 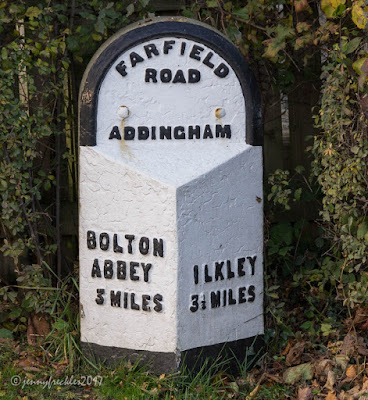 Addingham is a sizeable village near Ilkley, on the banks of the River Wharfe, not far from the boundary of the Yorkshire Dales National Park.  There have been settlements in the area since the Bronze Age but the oldest part of the existing village dates back to a farming settlement of the 17th century. The village really grew in the late 18th and early 19th century, as the textile industry developed, at first with small loomshops and later with mills. Samuel Cunliffe Lister (of Lister's Mill in Bradford) owned several mills in Addingham. Nowadays the village has swelled with modern housing and is a popular location for commuters and retired people to settle. 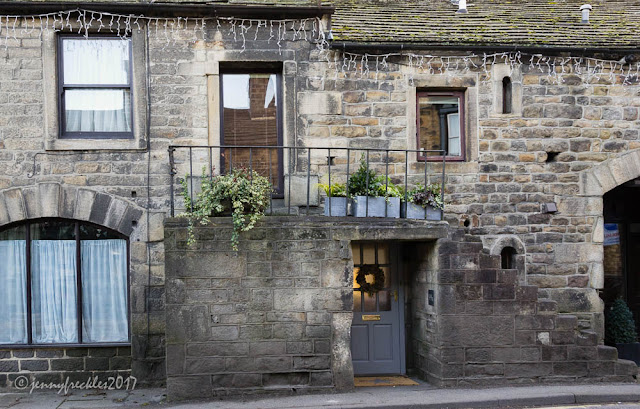 A walk round the village's network of streets reveals many ancient buildings and other things of interest... though the only ducks I saw were those painted on the road to celebrate the Tour De France cycle race when it was routed through Addingham.  The right hand side of the lovely old building above is, I believe, Lister's Barn. It was at one time a milking parlour and is now a residence. 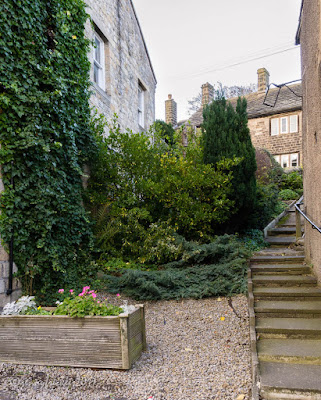 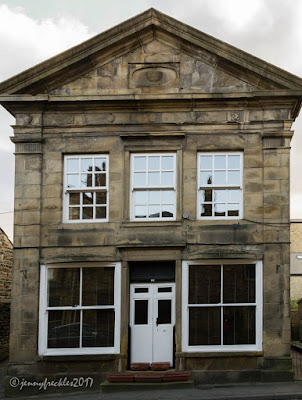 There are lots of little alleyways and steps connecting the principal streets. Along the Main Street itself, the imposing classical style building (above right) is, I believe, known as the Piece Hall. Thought to have originally been where pieces of woven cloth were traded, it later became retail premises (at one time a butcher's shop) and is now a residence.