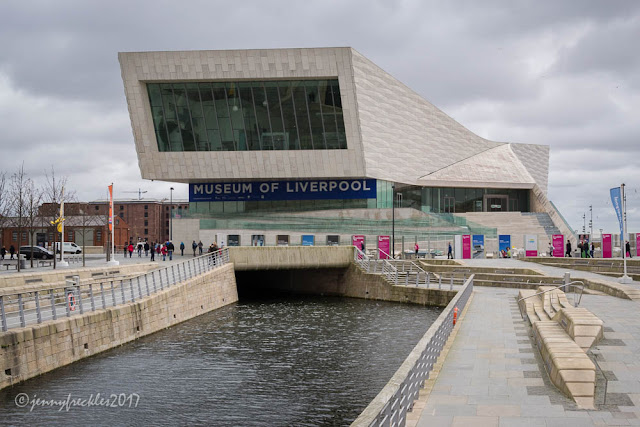 Liverpool trip
The new award-winning Museum of Liverpool sits right beside where the Leeds- Liverpool canal terminates, in Liverpool's Pier Head. Opened in 2011, it explores Liverpool through its geography, history and culture - the port, the people and their economic, creative and sporting legacies. I only had time for a quick visit but I was fascinated to read about the docks and their development, and to see old photos and newsreel footage. The history is both good and bad; the docks were a cornerstone of the 'slave triangle', taking goods such as guns and liquor to Africa to trade for slaves, who were then shipped across the Atlantic to the West Indies and North America, the ships then returning with sugar and rum to sell in England. So much to learn about. I must go back!
Posted by jennyfreckles at 07:00